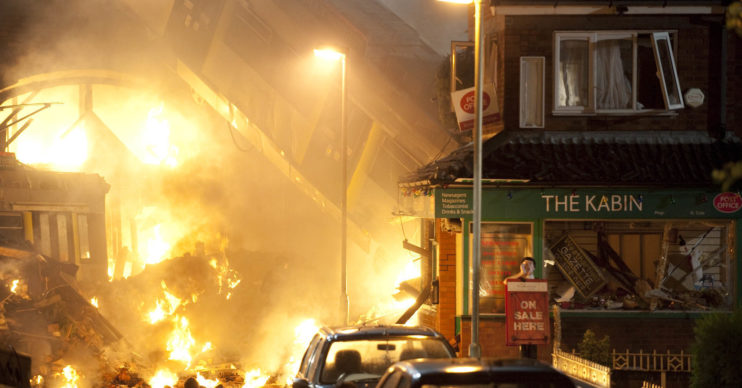 Coronation Street has been forced to scrap their ‘Hollywood stunt’ for the show’s 60th anniversary.

In December, Corrie will celebrate 60 years since the show first aired. However due to the coronavirus, production was halted for three months causing changes to filming and transmission.

One of those changes will be surrounding the stunt which was due to happen on the soap’s anniversary.

Speaking at a recent event, Corrie boss Iain MacLeod said: “What we have had to strip out for our 60th is the Hollywood spectacular elements as we didn’t have time to build and install what we had originally planned.

“What we have discovered beneath the spectacular is a strong community story which is a theme that has really resurged under lockdown. There’s a real sense of street community again now.

“We’ve got a huge human interest story which emerges from something on screen now which has been engaging. A classic scandalous love triangle is also in there.

“We have stripped away the crash, bang, wallop but still have some unmissable storylines. If we lock down again, we will still have those episodes, it will just transmit later. But I am confident we can hit some class Corrie episodes for the anniversary and Christmas.

Will Coronation Street do any stunts this year?

Despite the ‘Hollywood stunt’ being scrapped, Iain did confirm that they are currently working on their first post-pandemic car stunt.

He said: “We are embarking on our first post-pandemic stunt fairly quickly after we return, which is a car stunt, and it’s brilliant.

“It’s two people in killer jeopardy. It will look like they are right on top of each other and touching each other, but in fact it’s going to be shot with nobody going within two metres of each other at all.

“There’s a lot of thought going on right now as to how you achieve that mind-bendingly difficult thing.

“There will be cheating there, for example, where we make it look like character A is in front of a vehicle and is perhaps knocked out of the way by character B, but in fact there will be no proximity between the performers or stunt performers at all.”

Who will be involved in the crash?

Coronation Street is on ITV on Mondays, Wednesdays and Fridays at 7.30pm.