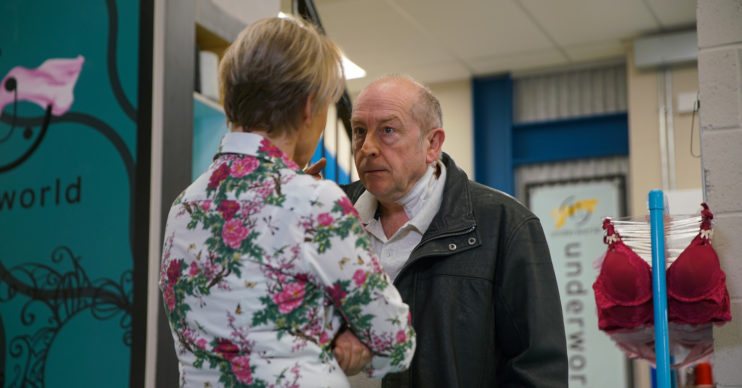 Coronation Street closes the net on Geoff next week when he threatens Sally and she realises what he’s really like.

But Faye still has her rose-coloured spectacles on and decides to move in with her grandad in solidarity!

Whose side will Tim take? 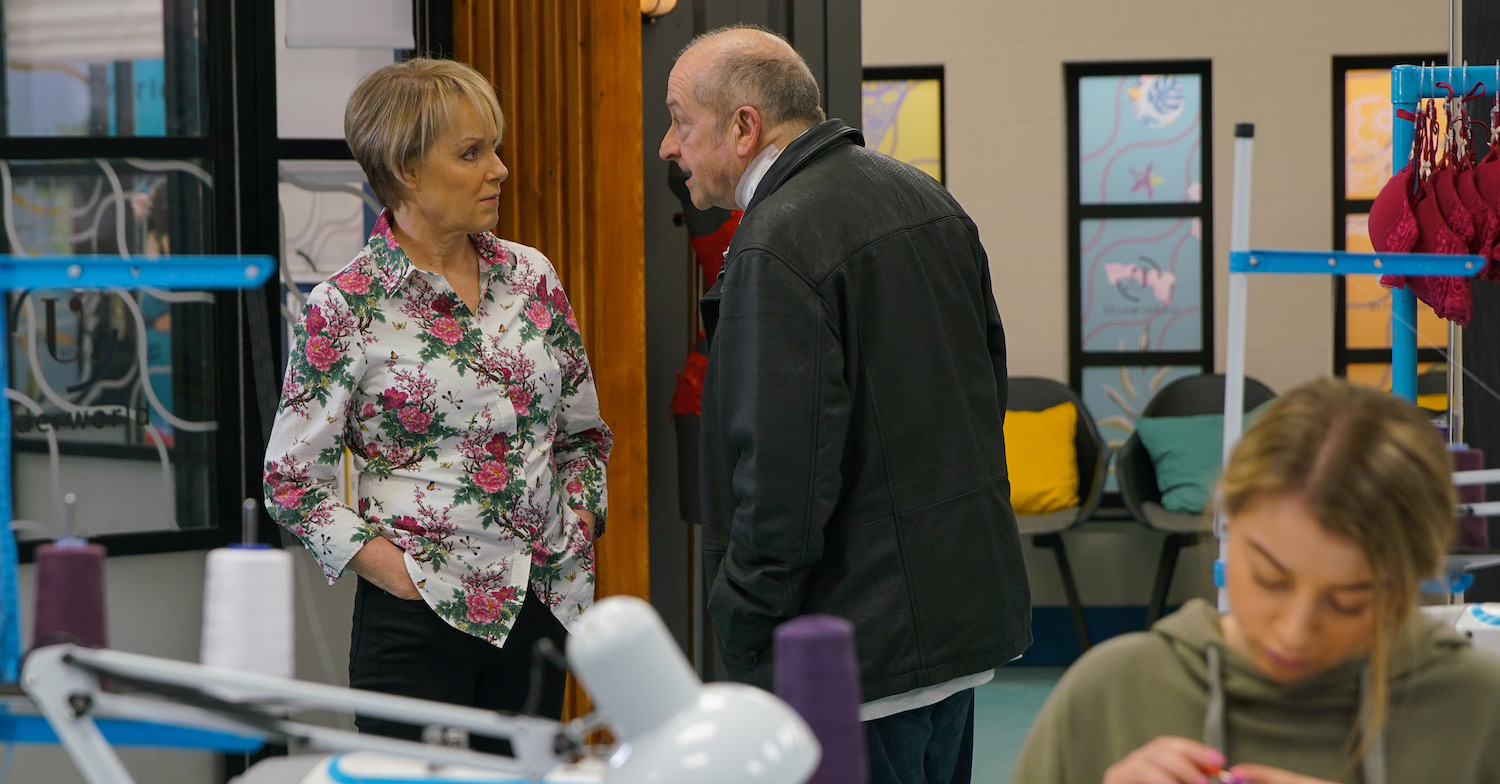 Sally refuses to sit with Tim and Geoff in the pub, making her feelings perfectly clear.

An angry Geoff then confronts Sally at the factory and tells her she’s forcing Tim to choose sides.

Geoff meancingly says the stress is too much for both him and Tim. 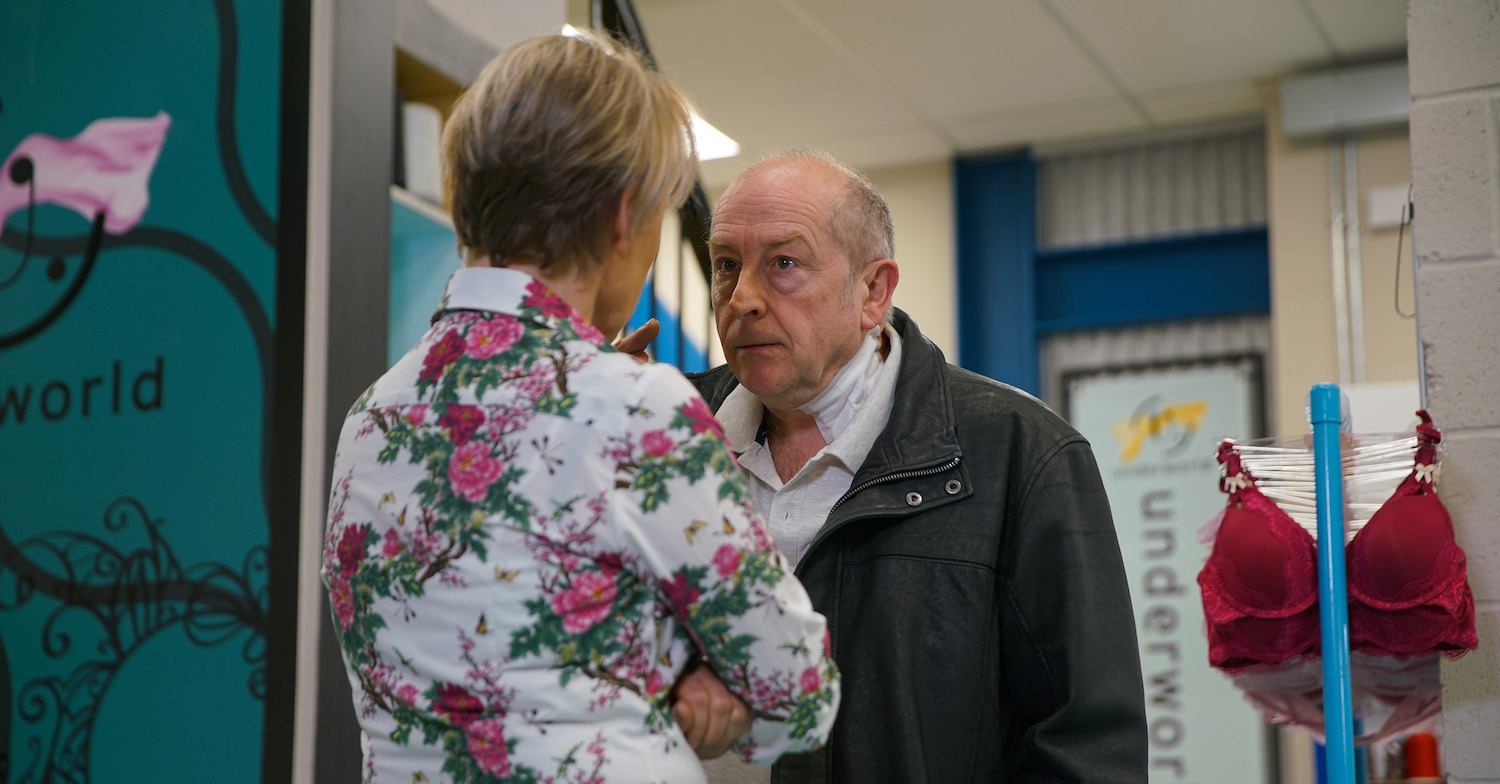 He tells Sally it could kill him.

2. Faye moves in with Geoff 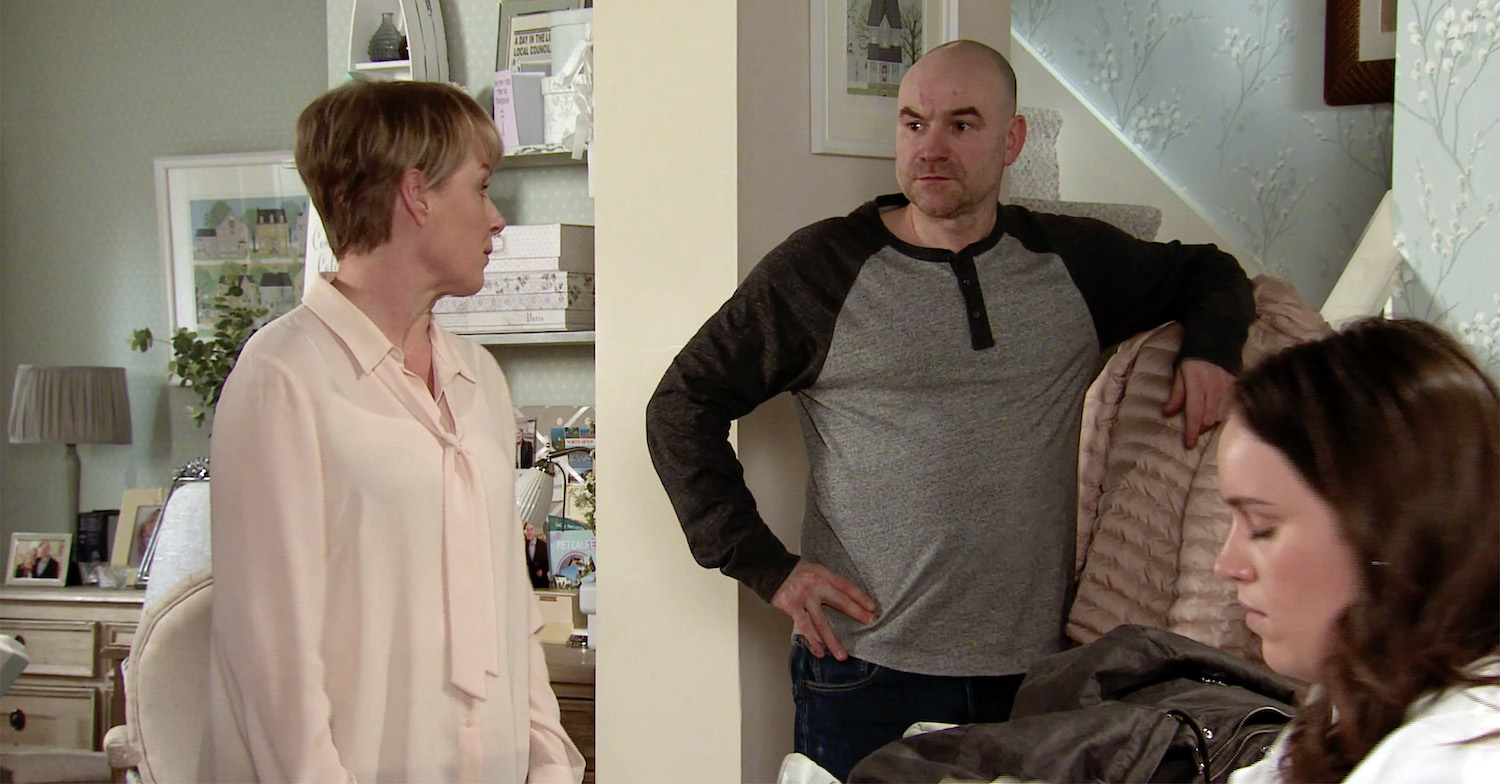 Geoff lets slip to Faye Sally has kicked him out and taken Yasmeen’s side.

Faye is furious and angrily confronts Tim and Sally on the street. 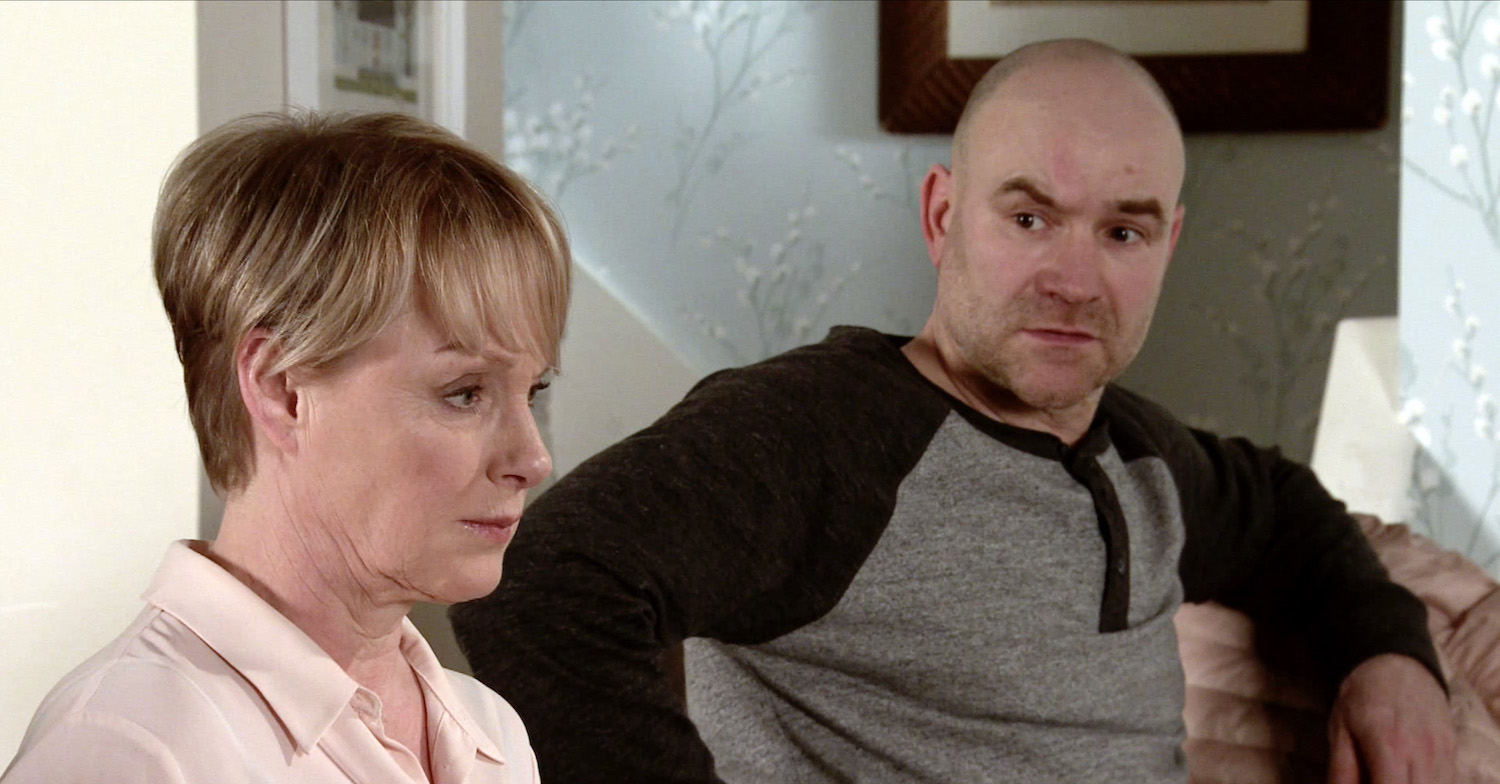 Tim suggests they talk about it inside.

Angry Faye packs her rucksack and says she’s moving in with Geoff.

Tim’s fuming with Sally, while Geoff pretends to be sympathetic.

3. Carla haunted by another face from her past 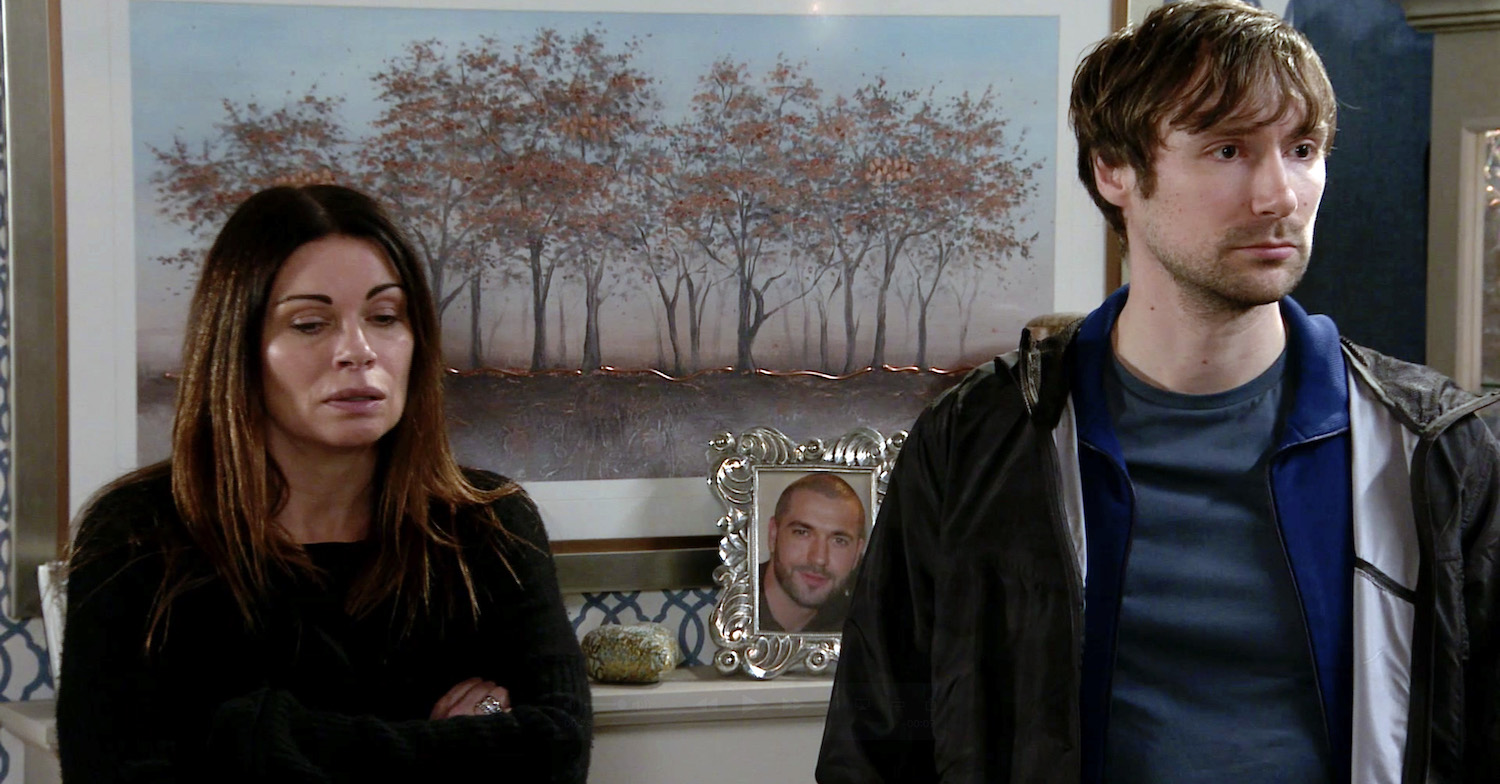 Chelsey demands £1000 or she will tell Peter what Carla got up to when she was sleeping rough.

Chelsey later returns to the pub with a guy named Jordan who ran the squat Carla stayed at. He says Carla needs to pay for the drugs she destroyed.

Peter finds Carla and Jordan and demands to know what’s going on.

Carla lies Jordan was enquiring about a room and Peter escorts him out. 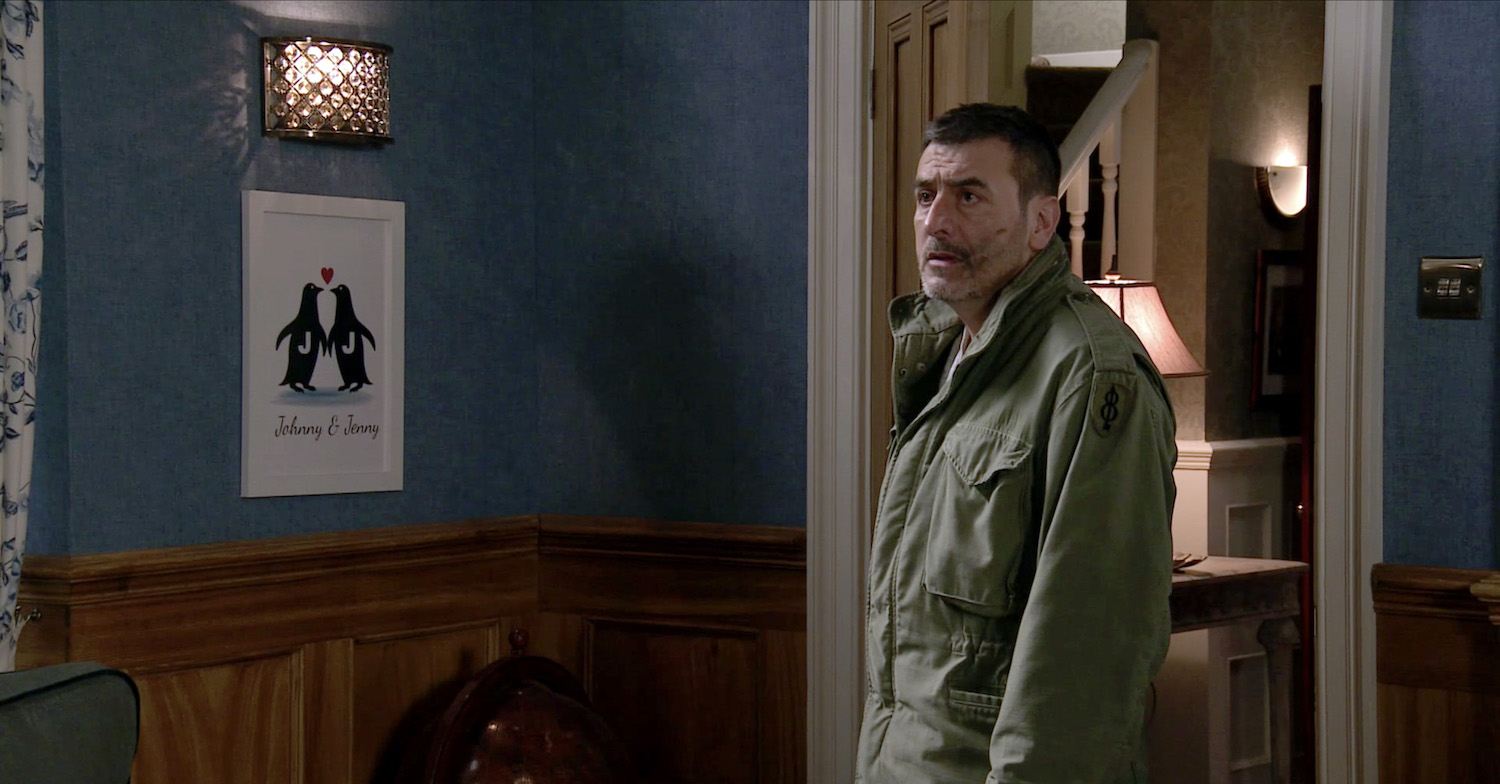 When he returns, Carla confesses the truth that Jordan was trying to blackmail her.

Carla stands up to Jordan and Chelsey, and Scott throws them out.

Peter later turns the radio off when a news report reveals a serious assault on a local estate. What does he know? 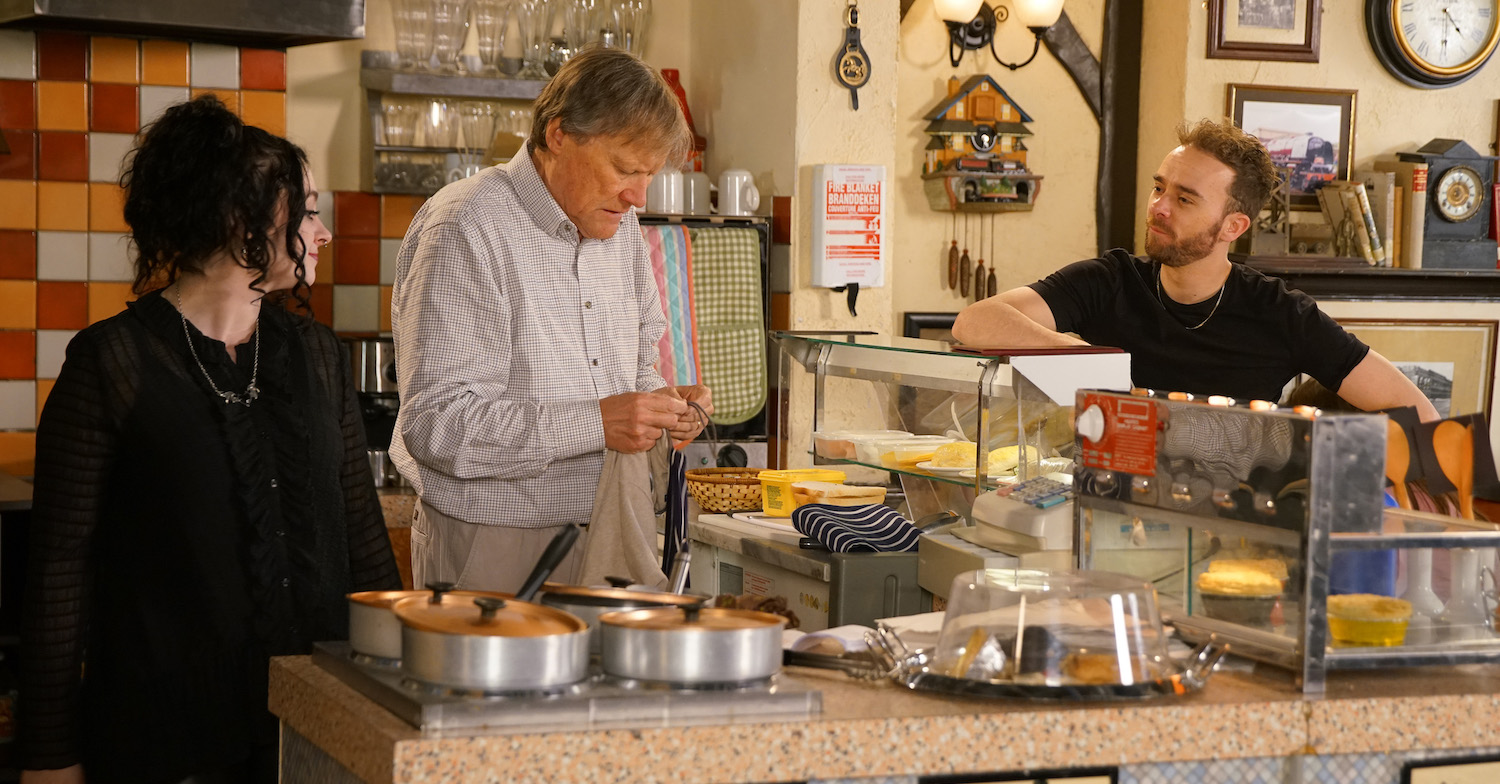 Roy reveals Shona has been assigned a support worker and should be home soon leaving David optimistic about the future.

When Roy discovers Shona is moving in tomorrow, David is excited, but Roy worries he’s getting his hopes up. 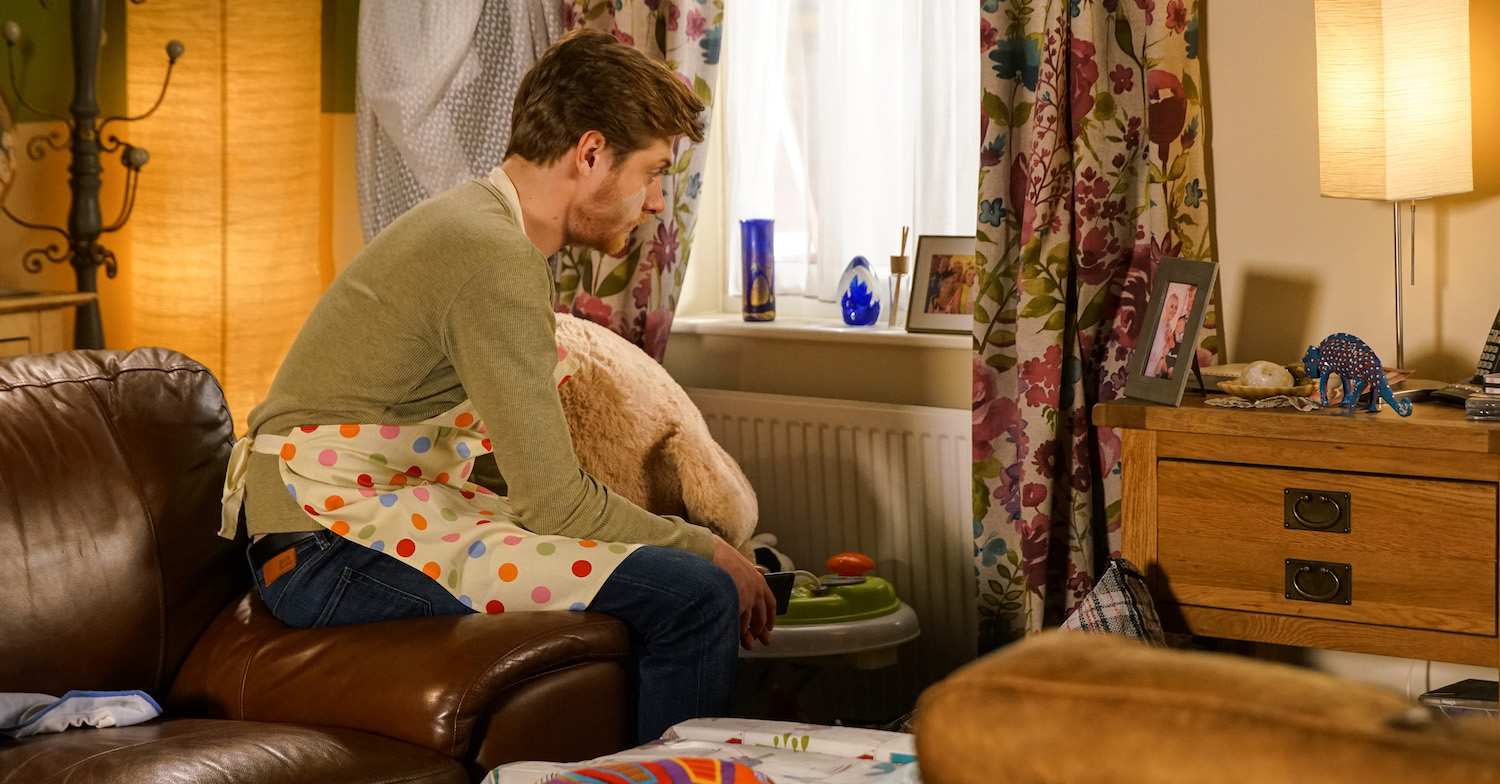 Adam offers to spend his birthday with Daniel and Bertie, but Daniel is left deflated when Adam cancels their boys’ night in.

Disappointed Daniel talks to Sinead’s photo and realises how empty his life is.

6. Daniel back in the game? 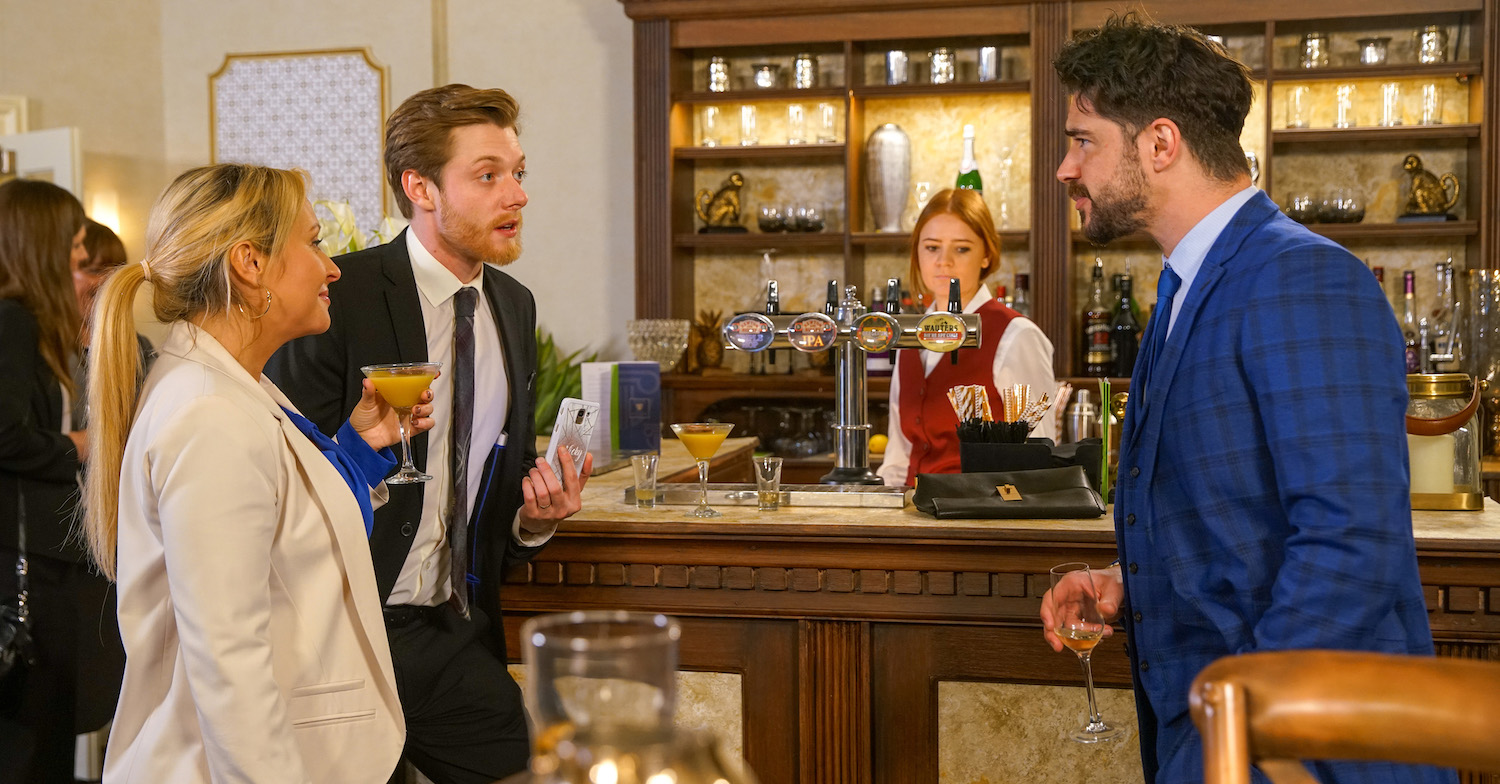 Adam decides it’s time for Daniel to get out and about so he takes him to a swanky lawyers’ drinks reception in town.

Daniel is reluctant to go, but agrees, although he soon feels out of his depth,.

However, he’s left intrigued by a female guest. 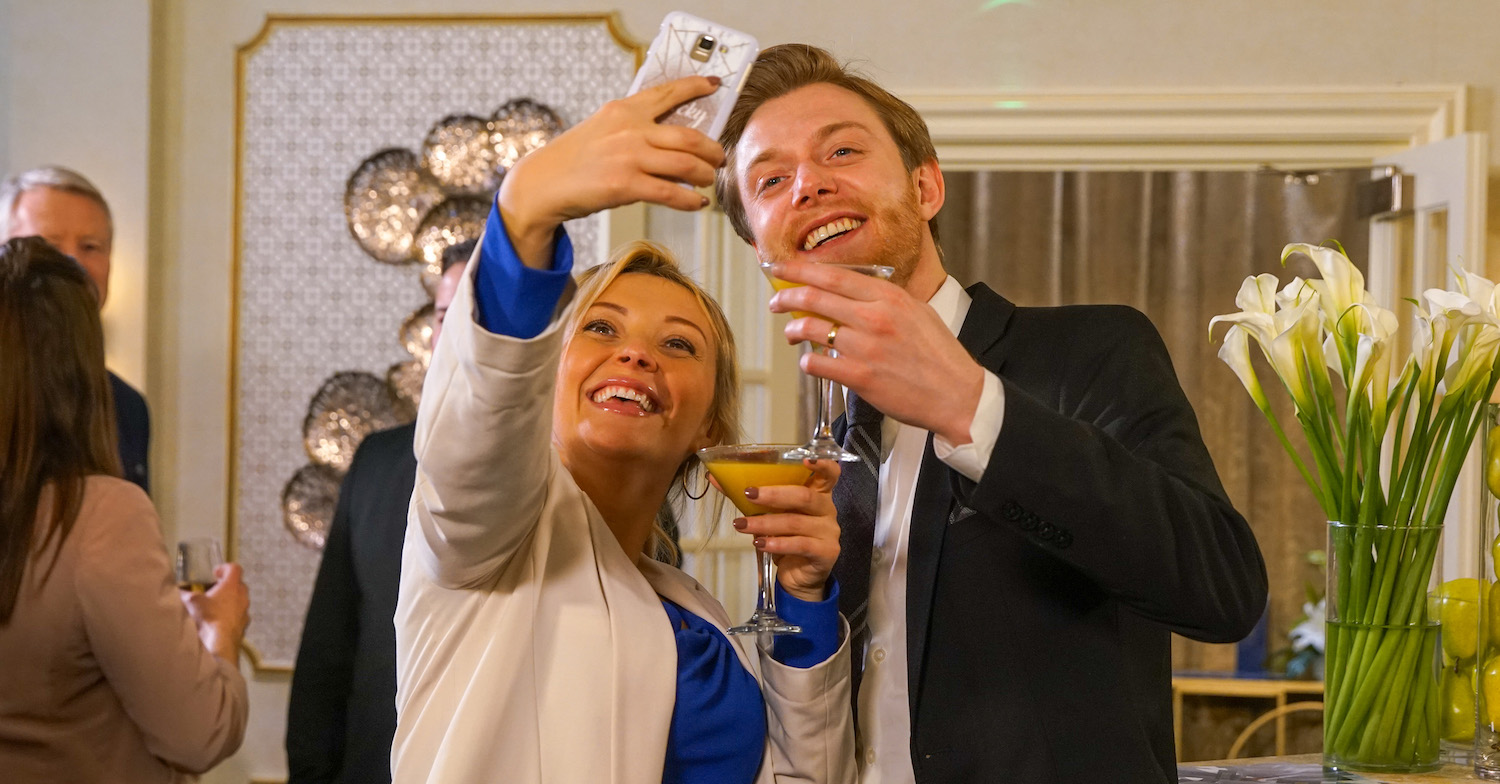 Nicky is friendly and tries to put Daniel at ease and soon they are laughing and taking selfies.

Read more: Coronation Street Faye to catch Geoff out as she moves in with him?