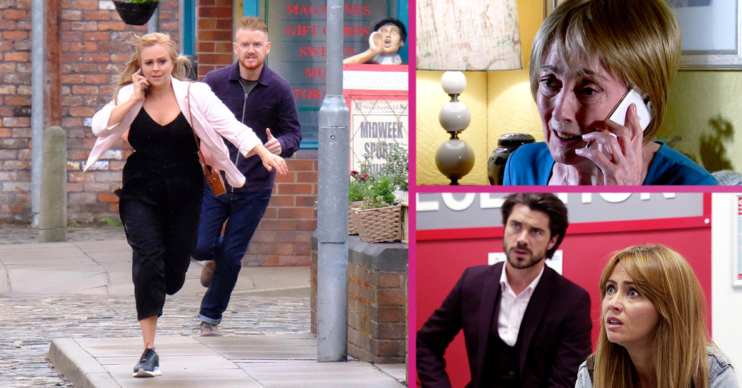 It's a very dramatic week on the cobbles

Coronation Street reveals Yasmeen’s fate after her heart attack, and screens the first ever socially distanced stunt next week.

It’s a jam-packed week as Alya desperately tries to help her gran, and Gary tries to silence Sarah. 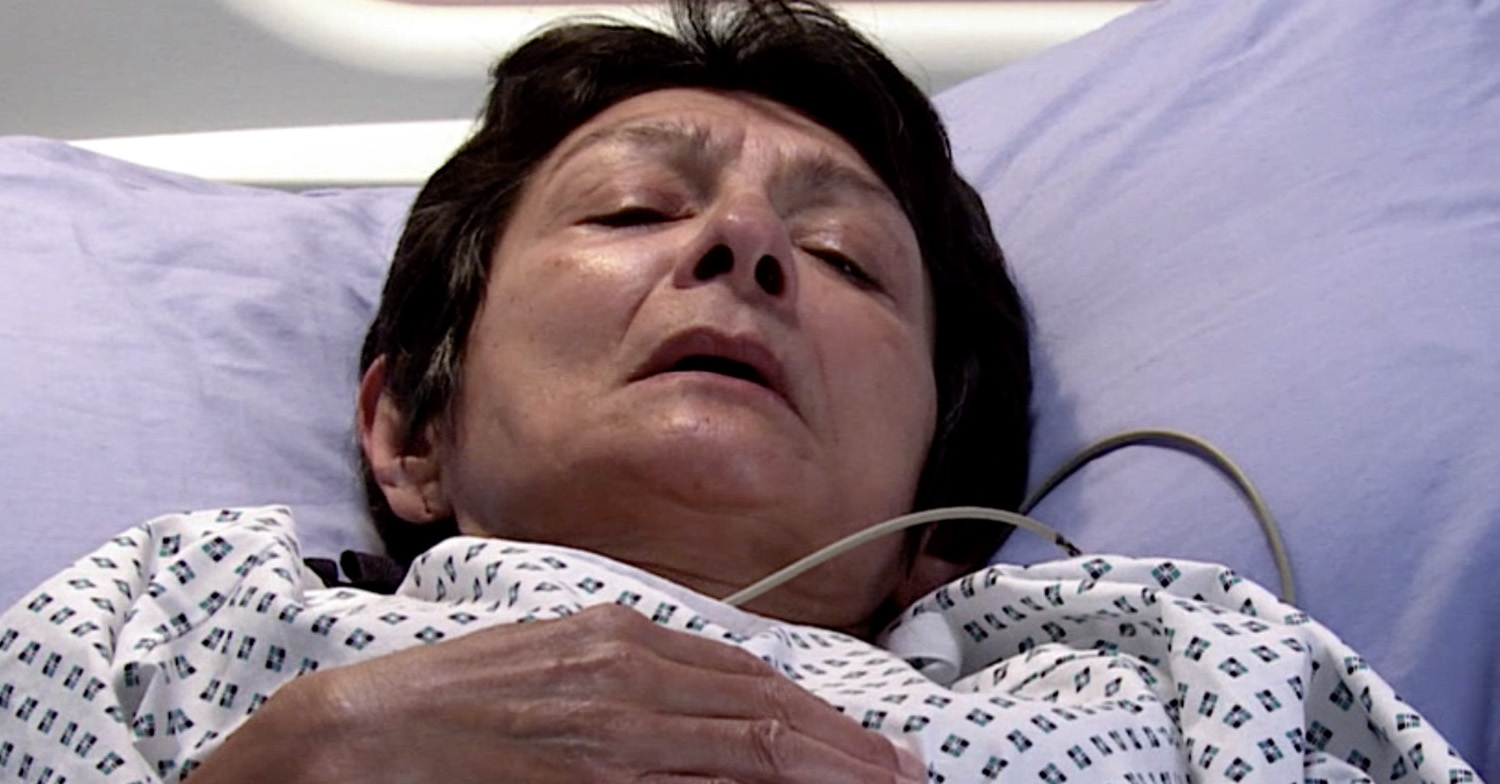 Yasmeen wakes up in hospital and Alya is by her bedside.

Alya confirms her gran’s had a heart attack and the trial has been postponed.

2. Alya is given hope 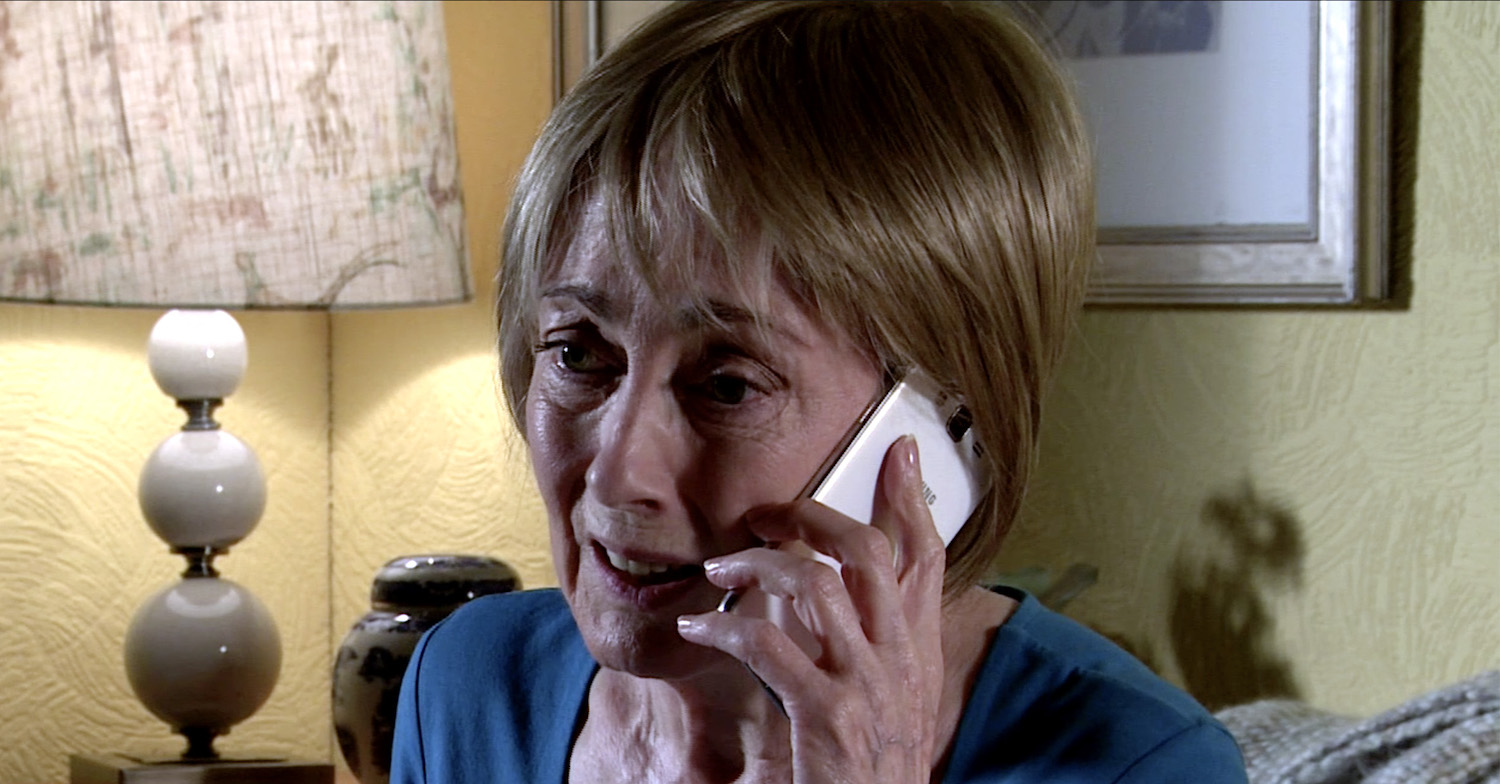 Elaine is upset to hear about Yasmeen’s heart attack.

She calls Alya and tells her she’ll give evidence against Geoff, promising to do all she can to help Yasmeen.

3. Geoff tries to get rid of Elaine 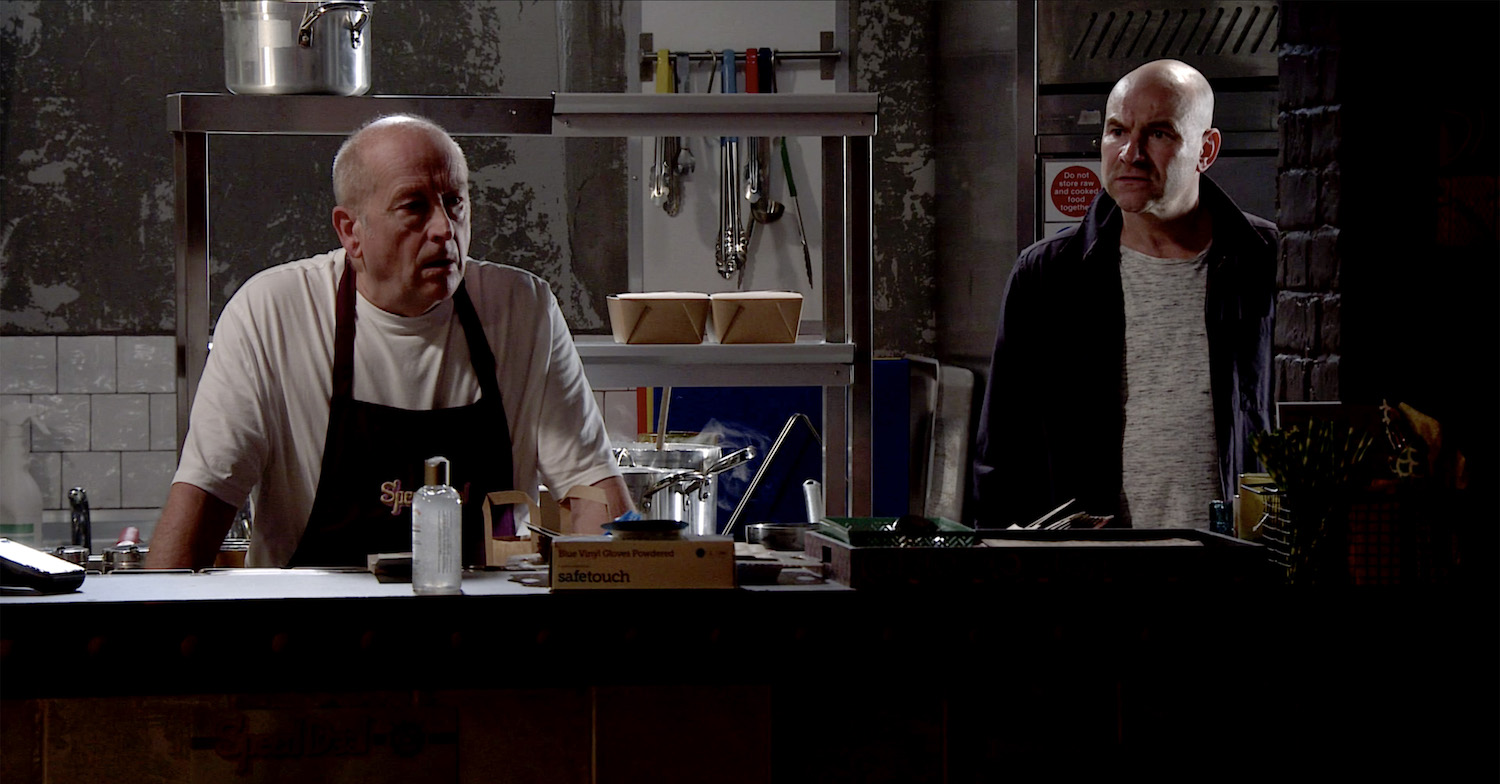 Geoff tells Tim everything Elaine is saying is lies and Tim believes his dad. He says he’ll call the police if he sees Elaine again.

Geoff is relieved, but Sally is still sure Geoff is the liar. Will she convince Tim? 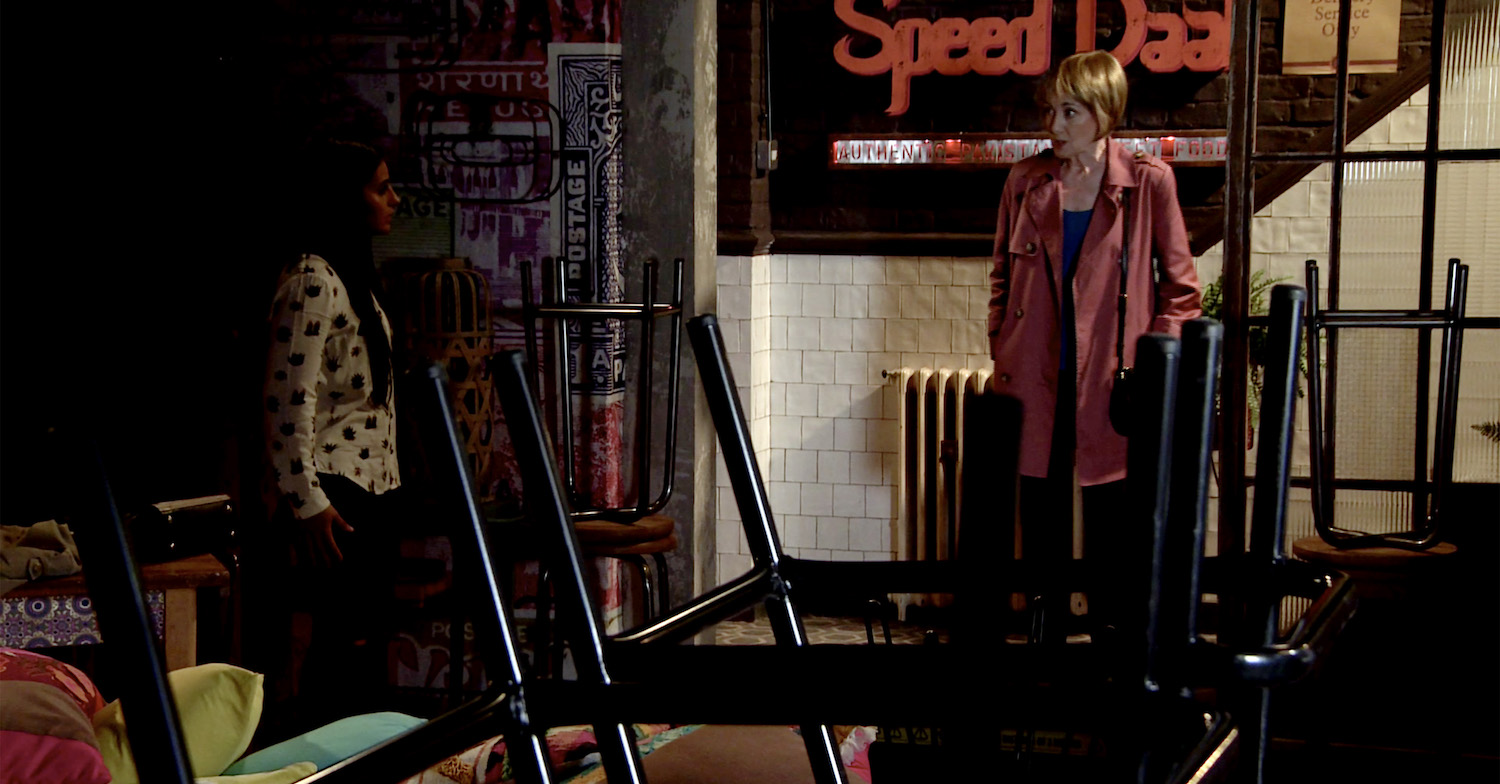 Elaine and Alya secretly meet up in Speed Daal, but Elaine is not planning to stick around.

Alya begs Elaine not to leave. She tells Elaine she’s the only hope of securing Yasmeen’s freedom.

Elaine is torn. What will she decide?

5. A discovery causes trouble for Gary 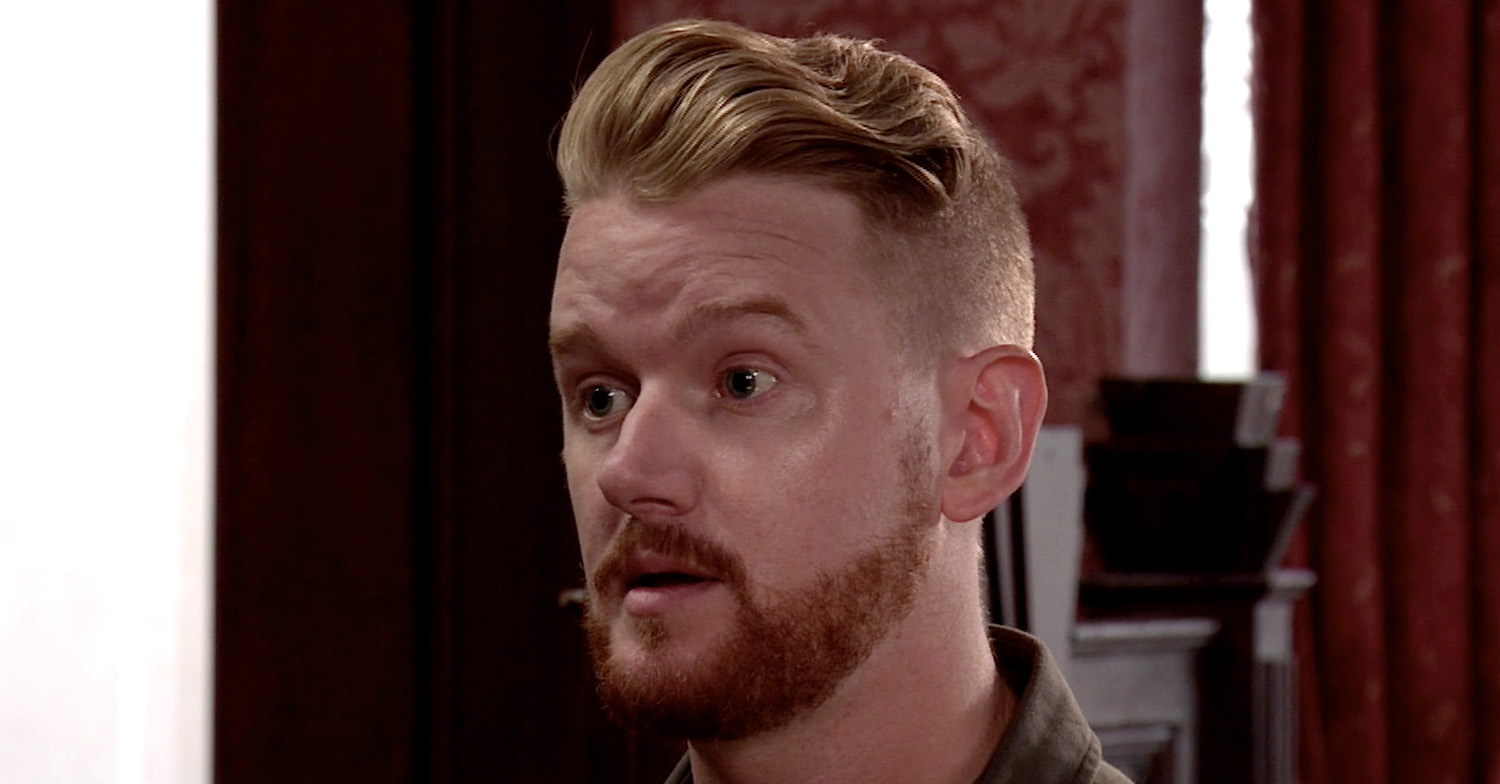 Gary goes to apologise to Brian and Cathy for his outburst.

He is panicked when Brian tells him Bernie found a watch in the woods and she sold it to Sarah.

Gary gives Bernie a load of cash to buy the watch back. Bernie tries to get Sarah to sell it back to her, offering double what she paid.

But when Sarah finds out it’s for Gary, she refuses.

6. Sarah finds out the truth 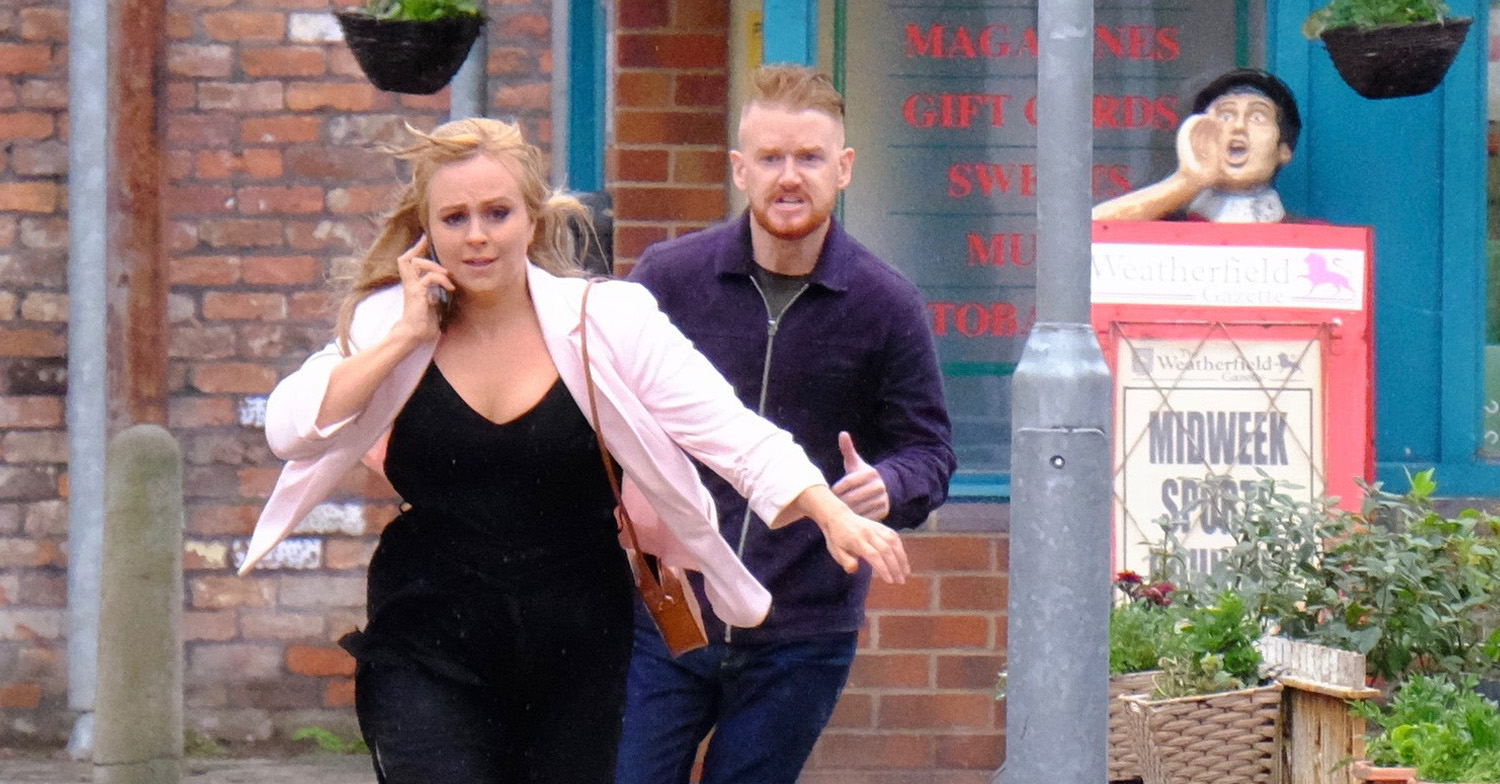 Sarah goes to speak to Gary and wants to know if he killed Rick. She looks in the back of his van and is stunned to see a shovel and latex gloves.

As Gary tries to explain, Sarah dials 999 and runs away, with a desperate Gary in pursuit.

Sarah runs into the path of a car, but Gary leaps in and pushes her out of the way.

The car hits Gary, knocking him out cold. 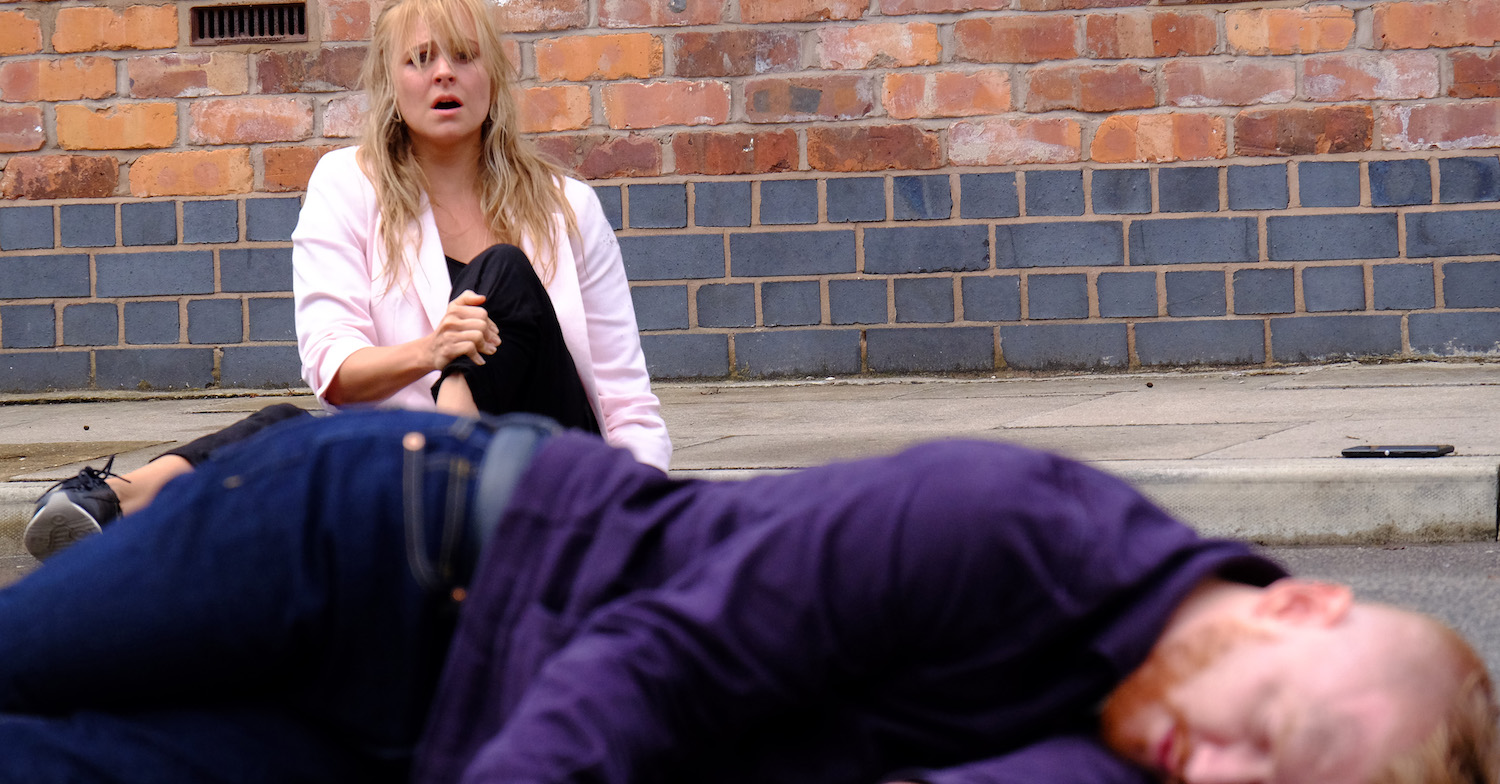 Gary is unconscious as Sarah looks on in shock, pleading with him to wake up.

Tyrone, who saw everything, phones an ambulance. Will Gary be okay?

7. Will Sarah tell the truth? 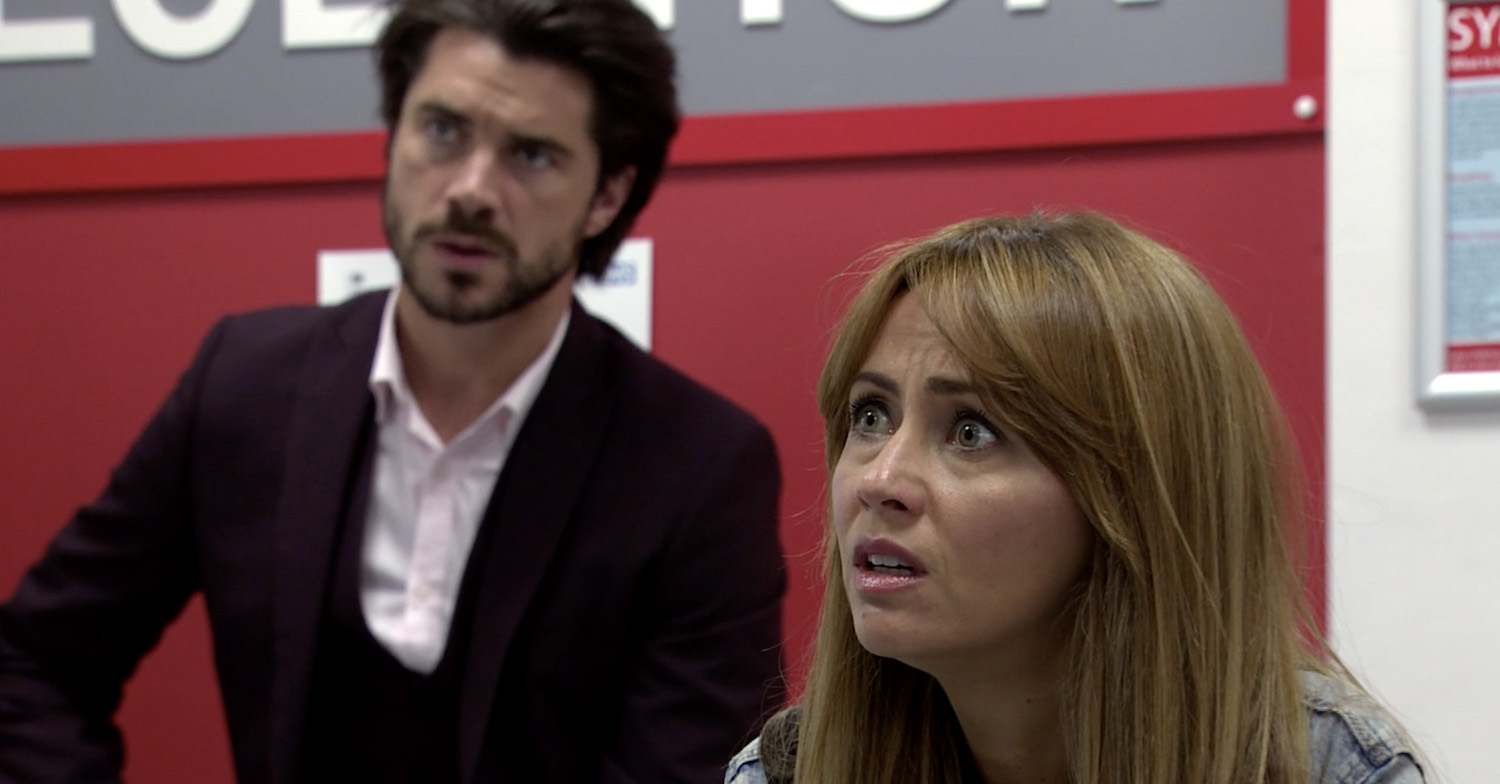 Adam and Maria arrive at the hospital and Maria is terrified Gary will die.

Meanwhile, Adam is suspicious over what really happened… 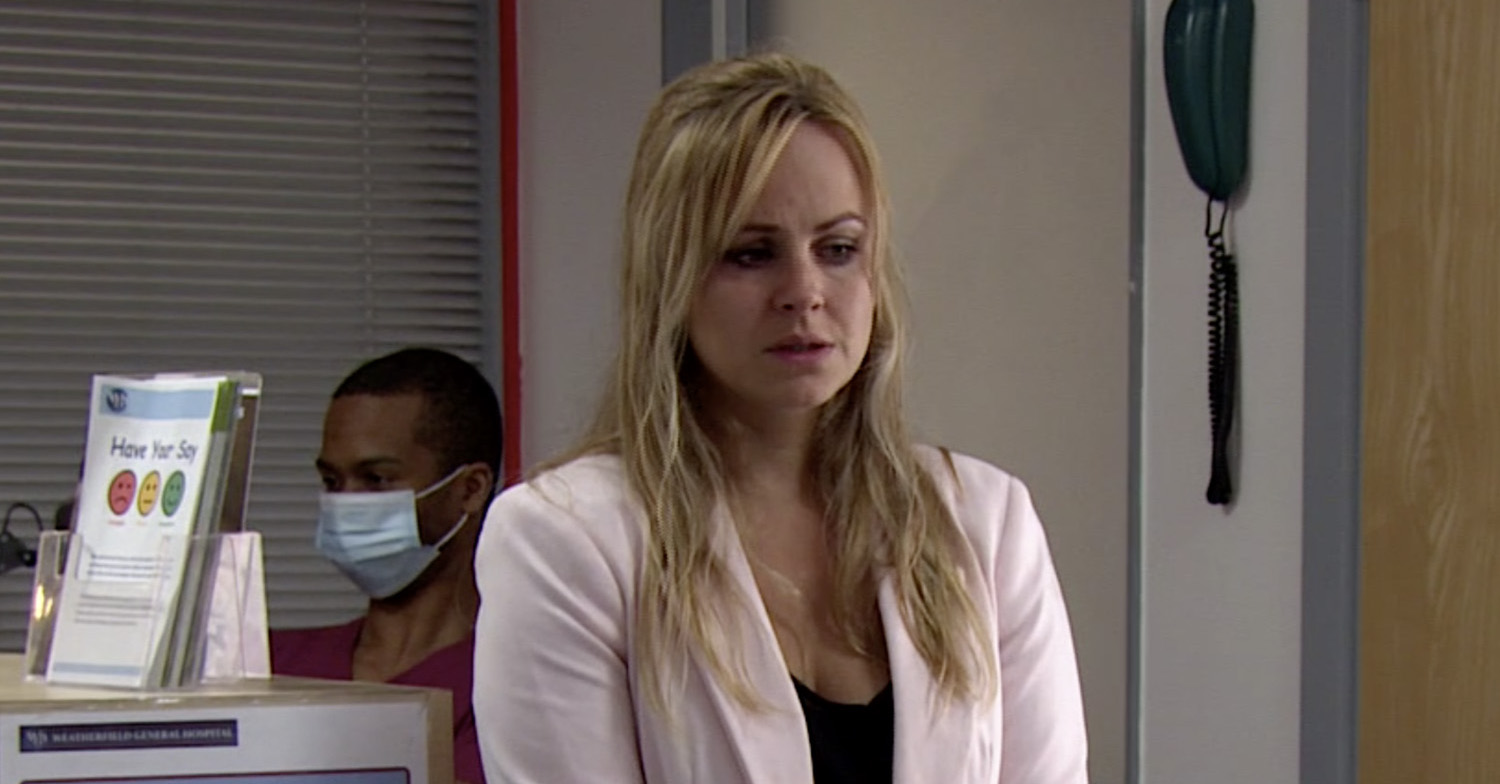 Sarah describes how Gary saved her life when she stepped in front of a car.

Tyrone questions her story, but Sarah says Gary being there was a coincidence.

Adam senses she’s lying, but will he tell the police?

8. Aggie is the Street’s hero 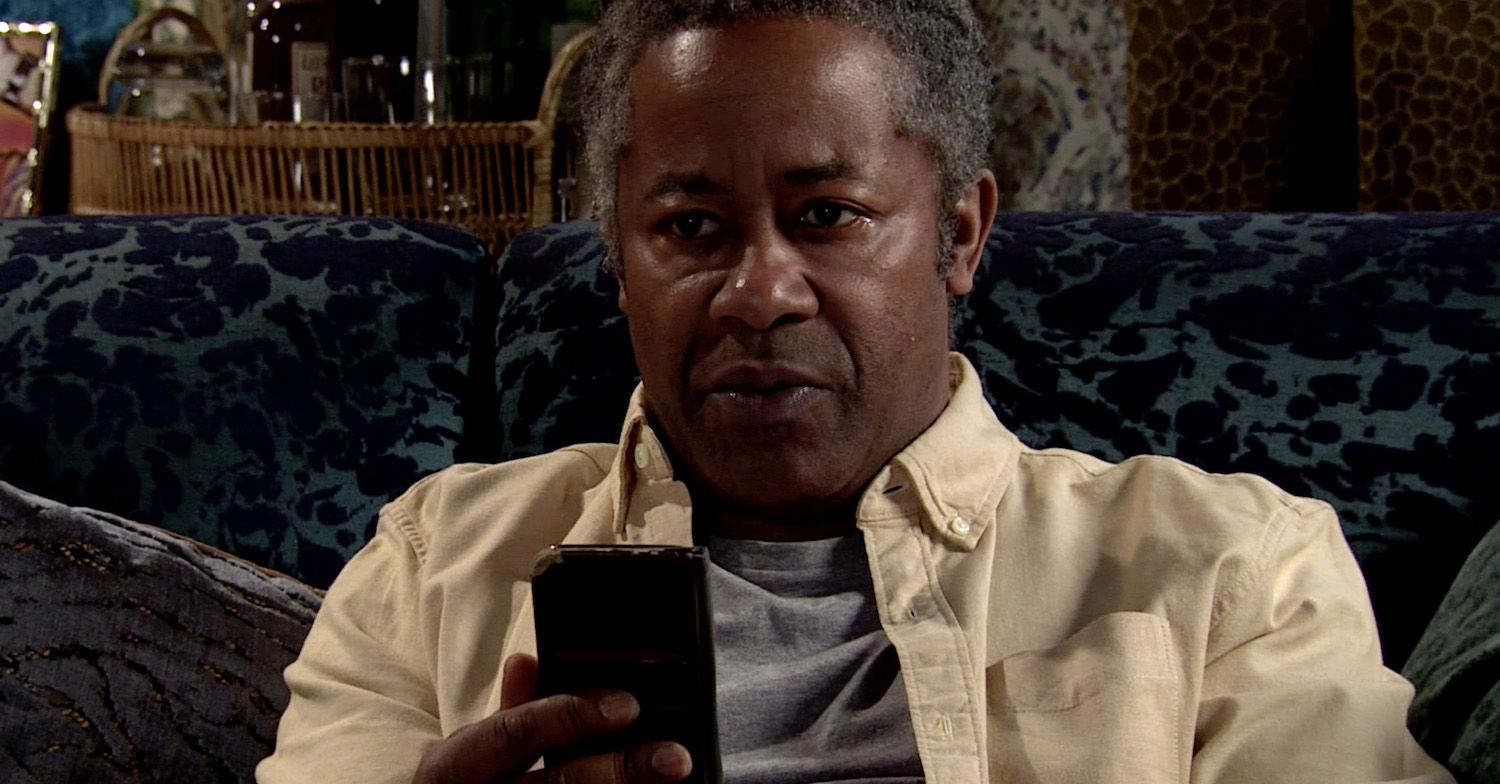 Aggie has to get the bus to work after the Baileys’ car won’t start, but Abi soon has a solution when she gives Ed Kevin’s car as Aggie is a hero putting herself on the front line.

Ed plans a surprise party for Aggie to celebrate their 30th wedding anniversary.

But Aggie has to isolate at a hotel after a colleague displays COVID-19 symptoms.

Ed’s miserable, but soon sits down to a virtual anniversary dinner with his wife.