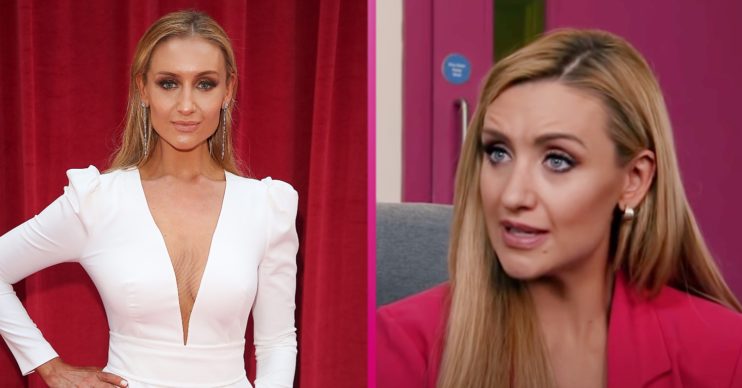 Coronation Street fans have begged for Catherine Tyldesley to return to the ITV soap after she shared a behind the scenes snap from the show.

Catherine looked stunning in a black jumpsuit as she stood in front of The Rovers outdoors set.

Keep hanging in there #performers… things are moving, your #comeback is real. This time your light will be blinding ❤️❤️❤️ #theatre #television #film #thearts #dance #music

She captioned the post: “Keep hanging in there #performers… things are moving, your #comeback is real. This time your light will be blinding.”

Fans noticed the photo was from the Corrie set and begged for her to return.

One wrote: “For the love of God you need to come back to Corrie! it needs you and we need you.”

A second commented: “Hope you come back to Corrie.”

A third said: “I miss you in Corrie.”

Another added: “Are you coming back?”

Is Catherine Tyldesley coming back to Coronation Street?

“It was my home for a long time and I’d love to see Eva go back there at some point when the time’s right for me.

“It would be [lovely] to revisit that. She was great to play.”

Since leaving the soap, Catherine has continued with her successful acting career.

She went on to have a main role in TV series 15 Days. She also landed the lead in sitcom Scarborough.

Last year, she competed in the 2019 series of Strictly Come Dancing.

Coronation Street: What happened to Eva?

After being caught up in a plot to give her daughter baby to Toyah Battersby, Eva was left devastated when her former fiancé Aidan took his own life.

Eventually the truth came out that Toyah and Peter’s ‘daughter’ Susie was actually Eva’s daughter.

She soon decided to move to France with her little girl for a fresh start. Although she’s not on the cobbles anymore, she has been mentioned recently as Aidan’s dad Johnny paid them a visit.

Would you like to see Catherine return as Eva? Leave us a comment on our Facebook page @EntertainmentDailyFix and let us know what you think of this story.