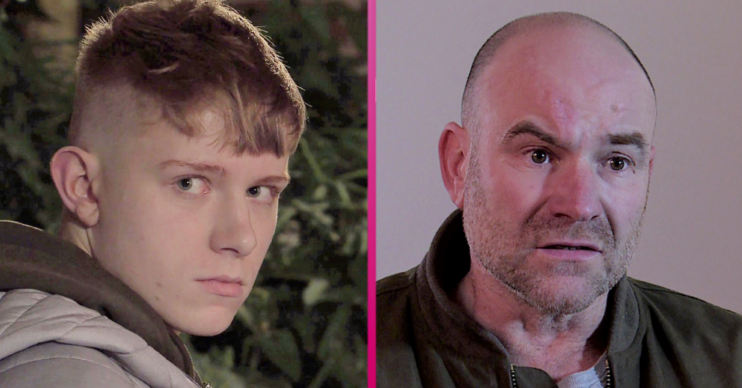 Coronation Street fans are threatening to switch off over the current storylines, calling them ‘stupid’ and ‘pathetic’.

Currently there’s a bunch of different plots playing out on-screen including Max’s feud with his teacher, Daniel Osbourne.

We’ve also recently seen Craig get involved with Faye and Emma’s crime, which saw them run over old man Ted and fail report the accident. Ted later died and police officer Craig was working on the investigation.

However when he found out about his girlfriend, Faye’s involvement, he protected her and decided to resign from the police.

Meanwhile Tim has recently had a triple heart bypass operation and his wife Sally was arrested for urinating in Victoria Garden.

Fans are now starting to become fed up of the storylines and threatening to switch off.

Oh for goodness sake 🤦🏼‍♀️pass me the remote #Corrie #coronationstreet

Why am I even watching this? Stupid storylines 😳 #Corrie

Literally don't think I can watch corrie anymore. I'll watch until Tim has his operation or whatever then I'm not watching, the storylines are ridiculous. So miserable. At least bring some happiness in? #corrie

#Corrie has hit the jackpot for most pathetic storylines. I've seen better scripts for Sesame Street

“If you’ve been affected by any of the issues raised in this programme…” Yes, I’ve been appalled by the ridiculous nature of the current storylines #Corrie

What’s happening next in Corrie?

Daniel approaches David and accuses him of lying.

Lydia intervenes while Daisy watches on concerned. Daisy goes to Daniel’s flat to check on him.

But when she admits she thinks he’s hiding something, Daniel gets defensive.

The two begin to hurl insults at each other, but Daisy admits she wants Daniel and they kiss.

They leap apart as Lydia enters.

Meanwhile Nina is worried about Asha’s Glasgow trip and when she comes into the cafe, Nina pockets her phone.

Read more: These 5 storylines will save the soaps soon

Nina refuses to let her go and Asha is alarmed when Nina locks the cafe door to stop her leaving.

When Adam tells Sarah that he’s taking her to the Bistro for her birthday and has brought her a smart oven as a present, Sarah is underwhelmed and storms off.