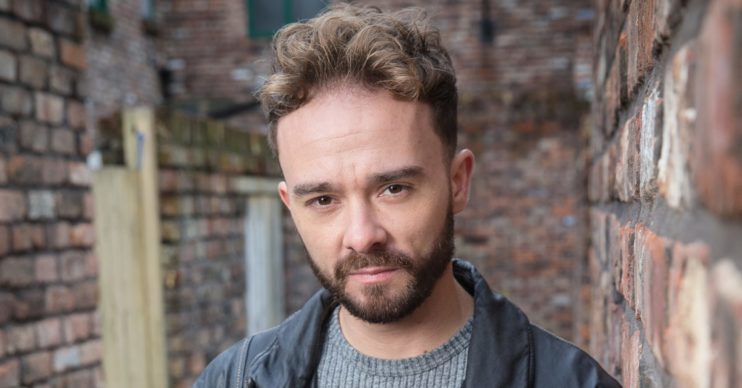 David has been through a lot in the past few years

Coronation Street fans have claimed David Platt could be diagnosed with Borderline Personality Disorder after looking at his recent behaviour.

Over the last five years, David has been put through a lot. His most recent heartbreak came after his wife Shona was shot and went into a coma.

When Shona regained consciousness, she was unable to remember David or the life they had built together.

Over the last few months, it has come to viewers’ attention that David has been acting recklessly. Most recently he’s been going out all night and coming home with ripped clothes. But what is he up to?

Viewers have started to wonder if David could have Borderline Personality Disorder. Some have stated it would be an interesting storyline to see a soap cover.

What did Coronation Street fans say?

In a Digital Spy forum, one fan wrote: “I was just thinking about the episode the other day where David does unpredictable things like with the gang etc. And then I saw an article about Borderline Personality Disorder and it really reminded me of him?”

The fan went on to say they are not a psychologist, but listed some symptoms.

Another fan replied saying: “I agree. I do think David does fit a lot of the criteria for BPD and in a world where male mental health is being (rightly) highlighted, David will be a good character for this.

I do think David does fit a lot of the criteria for BPD.

“It fits in organically with his character, the traumatic things he has endured over the years and I don’t think a soap has actually covered BPD before. So I’d like to see it.”

Another added: “Exactly! I would love instead of more misery being heaped on to delve into the past a bit? A normal person doesn’t experience all the things he has, and it would just be an amazing storyline in my opinion if they did it well. Especially between him and Gail.”

What is Borderline Personality Disorder?

According to the NHS website, “Borderline Personality Disorder (BPD) is a disorder of mood and how a person interacts with others. It’s the most commonly recognised personality disorder.”

Symptoms of BPD can be grouped into four main areas: emotional instability – the psychological term for this is affective dysregulation. Disturbed patterns of thinking or perception – cognitive distortions or perceptual distortions. Impulsive behaviour and intense but unstable relationship with others.

Would you like to see BPD covered in a soap?

Have you been watching Corrie? Leave us a comment on our Facebook page @EntertainmentDailyFix and let us know what you think of this story.