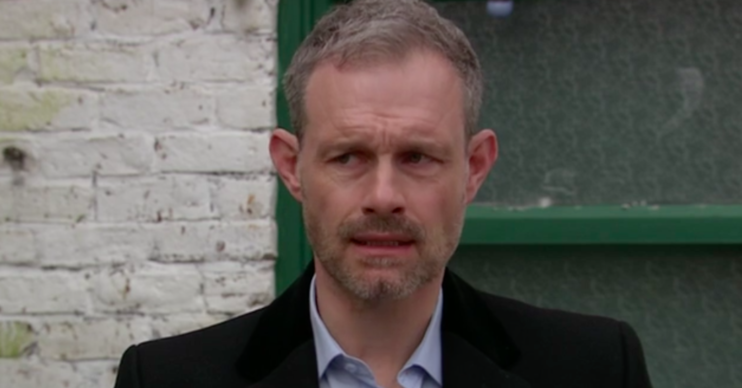 Nick is struggling to cope

They have been enemies for decades with Nick Tilsley and Peter Barlow knocking seven bells out of each other countless times in Coronation Street.

But last night the pair shared a heart to heart that had viewers sobbing.

Viewers know Nick has been struggling with his stepson Oliver being diagnosed with mitochondrial disease.

It means he is facing an extremely shortened lifespan and it is unlikely he will reach adulthood.

Leanne has understandably struggling to cope with the news and ended up crying on ex Steve McDonald about how she would have nothing left when Oliver dies.

Unfortunately for her, Simon, her adopted son, overheard and it sent him into a tail spin.

He refused to do his exam and when Leanne lashed out at him for it, he left and moved in with his dad Peter.

Peter had a gentle word with Leanne and she hadn’t even realised what she had said – and they decided Simon would move in with his dad for a while.

But when Leanne broke the news to Nick, he went out – and tried to fight with Peter.

The infamous enemies clashed in the street and Sarah sent Nick away to cool off.

Later, when he listened to Leanne properly Nick went back to see Peter and apologised.

In an emotional scene, Nick turned up at the Rovers.

Peter told him: “What do you want? Because if you’re looking for a punch bag go somewhere else. I’m not the enemy, I want to help. I want to help you, Leanne and Simon.”

In a surprising move, Nick then broke down and said: “I’m sorry, I was out of order. I’m finding it really difficult. She’s in so much pain Peter, I don’t know what to do to help her.”

Peter said: “Leanne knows you’re in her corner no matter what happens – she knows that.”

A sobbing Nick told him: “I know he’s not mine but he kind of is if you know what I mean. I love him so much.”

The touching scene had viewers in tears.

One said: “I was in tears watching this.”

A second said: “Those scenes were emotional.”

Another added: “Such a touching scene between them.”