Viewers watched last night as Geoff Metcalfe's abuse of Yasmeen Nazir stepped up a gear but it was too much for some who said they were forced to switch off the soap. 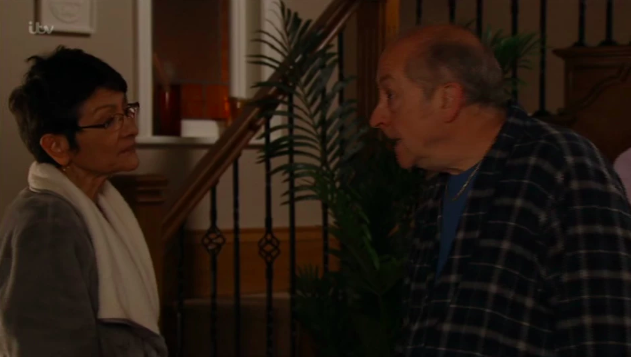 The soap has planned out a huge storyline focused on coercive control - where someone exhibits manipulative behaviour in order to control another person in an abusive way.

It has only recently been made a crime and the soap is trying to raise awareness of the cruel behaviour.

But last night when Geoff's previous manipulations to try and force Yasmeen to stay at home under his control came to nothing, he took disturbing action.

Finding Yasmeen partying with her granddaughter Alya Nazir and her friends at the house, Geoff was horrified.

And when he couldn't find a way to stop Yasmeen from enjoying herself, he took disturbing action with his gloved hand stealing some of Yasmeen's jewellery in an effort to separate her from her friends and family.

He will use his own crime as an excuse to install CCTV in Yasmeen's house so he can watch her every movement and further increase his control of her. 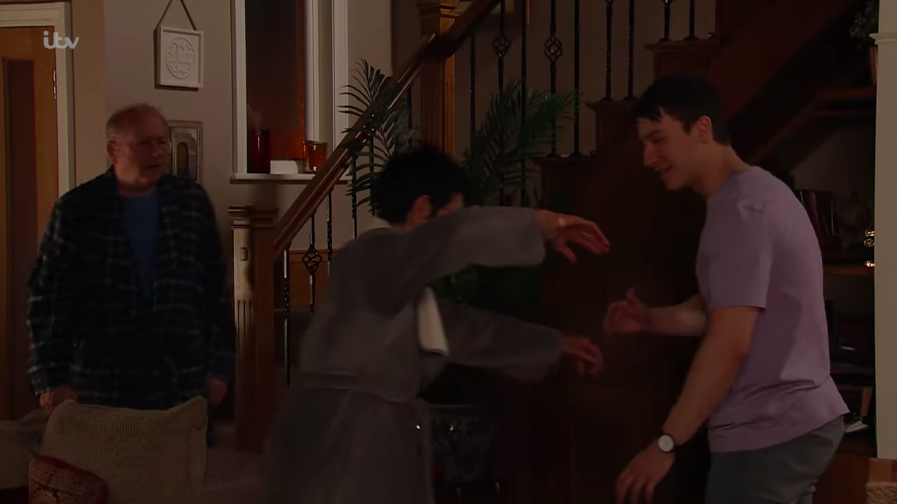 Yasmeen escaped his control after having her confidence boosted (Credit: ITV)

But it was too much for viewers who switched off over the scenes.

I don't know that I can watch this Geoff storyline.

One said: "#coronationstreet omg I cant take Geoff horrible horrible git makes me want to turn the channel over."

A second said: "I hate Geoff with every fibre of my being. Bravo to that actor!"

A third said: "I don't know that I can watch this Geoff storyline #corrie."

What did you think of the storyline? Leave us a comment on our Facebook page @EntertainmentDailyFix and let us know what you think!