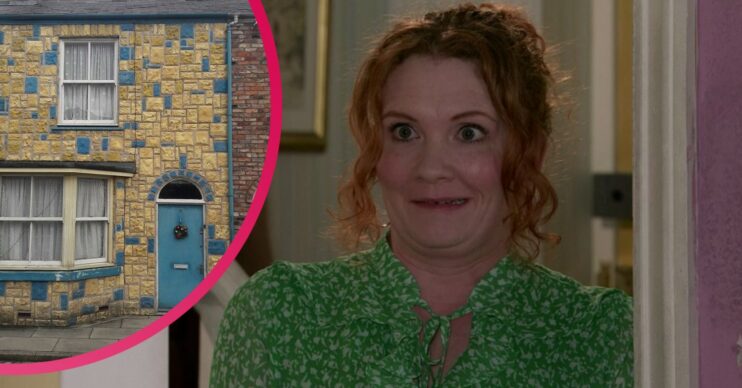 Viewers can't believe how much the house has been valued at

Coronation Street fans are stunned at the valuation of Fiz and Tyrone’s house.

The former couple are selling up so Fiz can buy into new love Phill’s posh new house.

She is planning on living there with the girls, leaving Tyrone flat-sharing above the hairdressers.

In Friday night’s episode of the ITV soap, Fiz summoned a valuer to appraise the house’s value.

And it’s safe to say that she was given a pleasant surprise.

“You’ll have no problems selling it. I’d need to go through all my figures when I get back to the office but you could be looking at £150,000.

Fiz couldn’t hide her joy – especially considering the house was inherited by Tyrone.

Jack and Vera Duckworth left it to him in their will – meaning it is pure profit.

The price is all the more extraordinary after Ken Barlow sold his house for just £120,000 two years ago.

Fans can’t believe the valuation for Tyrone and Fiz’s home – insisting it is far too high.

However, a third said: “£175,000 for Fizz’s house? I knew that Co-Op and Costa coffee were signs Weatherfield was being gentrified!”

Another said: “I know house prices have gone up but seriously, £175k for Fizz and Tyrone’s house?!!”

It remains to be seen if Fiz and Tyrone will sell up – or whether they will reunite.

However Corrie boss Iain Macleod recently teased that Phill is hiding something big from Fiz.

“We’re giving the audience cause to question Phill’s motives at times,” he said.

“I won’t spoil the outcome of all that, but Fiz will end up in a huge dilemma about where her future lies.”