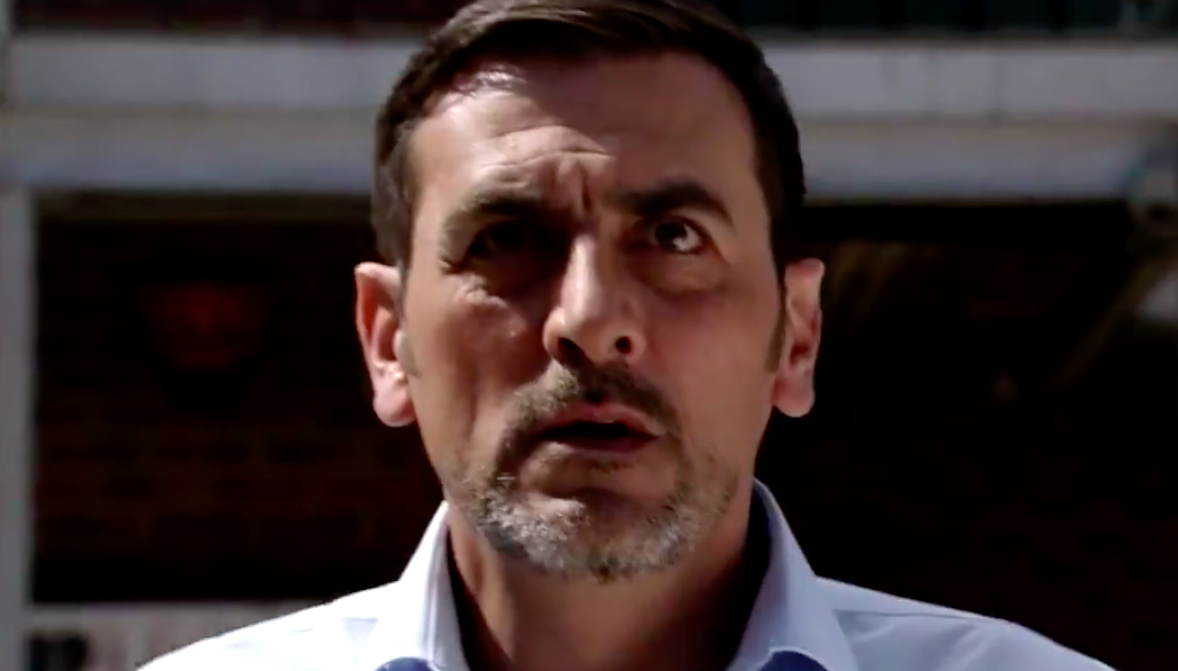 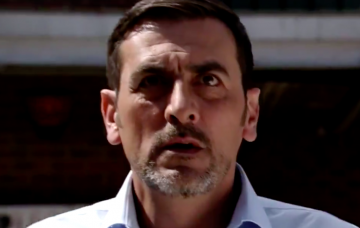 Some fans didn't see the funny side...

Peter Barlow has been in the centre of another storm this week – as bemused fans spotted a blunder during a supposedly serious scene.

Eagled-eyed Corrie fans noticed something very baffling during a scene in which Peter had a conversation with Simon about the recent bullying he’s been enduring.

Before taking his son to school to avoid the thugs, the former Rovers Return landlord was seen drinking a cup of tea while chatting to dad Ken.

However, fans were quick to notice that Peter’s cup was clearly empty!

As he spoke to his family about the upsetting subject of Simon’s recent ordeal, Peter strolled in and out of the living room holding the floral mug and drinking from it occasionally.

Another fan noticed too, saying: “Peter swinging that cup around then ‘drinking’ from it again!? Not very realistic.”

One angry viewer didn’t see the funny side at all, furiously typing: “Peter Barlow ‘drinking tea’ he’s swinging that mug so much you can tell it’s empty and then the camera actually catches the inside and shows a clean empty mug. Worst acting I’ve seen.”

Why was Peter drinking out of an empty mug just now? #Corrie

Peter swinging that cup around then “drinking” from it again!? Not very realistic 😂 #corrie

On the same night, fans were also amazed when Peter’s real age was revealed.

During a heated exchange between Peter and his dad, Peter described himself as “a 53 year old bloke, who still lives with his dad, can’t do right by his son and is surrounded by my exes. How pathetic!”

Fans expressed their surprise on Twitter, with many saying how good Peter looks for his age.

One wrote: “The most shocking thing about @itvcorrie tonight was that #PeterBarlowis 53!!!”

Peter Barlows is 53 wow looking good in it #Corrie

Peter Barlow is looking good for 53. I thought he was in his forties. #corrie

A third shared: “Peter Barlows is 53 wow looking good in it.”

Peter is portrayed by Chris Gascoyne, who is 50 in real life.

Did you notice Peter’s blooper? Leave us a comment on our Facebook page @EntertainmentDailyFix and let us know what you think!