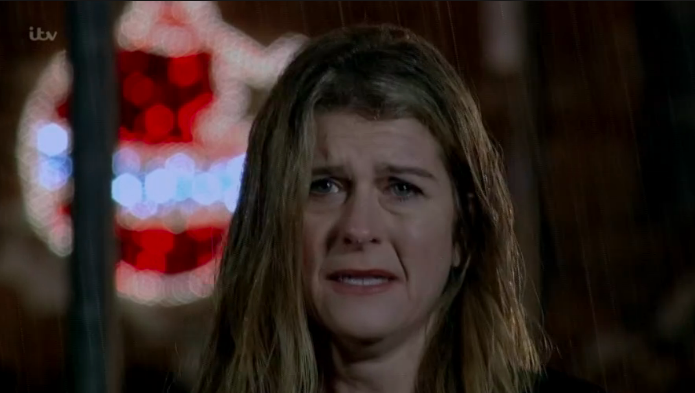 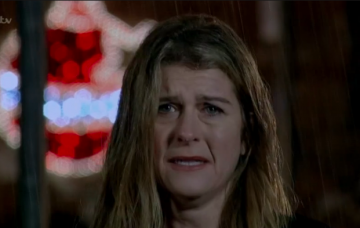 Connie, who left Corrie earlier this year, appeared in the BBC medical drama last night as Jackie Marley, a staff member at the psychiatric unit in Merrywell, where Jac Naylor had been sent after her breakdown.

Jackie was in charge of helping Jac, who is struggling with her mental health.

Viewers immediately recognised the actress as Sally’s sister from the ITV soap.

Gina from #Corrie in #HolbyCity with Jac

Connie played Gina in Corrie from 2017 until 2019, taking over the role from Julie Foy.

Gina wasn’t the most popular character in the soap.

Back in 2017, Sally had become the victim of an online stalker, being sent a pig heart, receiving a prank phone call that her cancer had returned, and having an obituary posted about her in the gazette.

Sally’s daughters Rosie and Sophie tracked the stalker’s address and met a woman named Leah who informed them her stepmother was the likely culprit.

Leah’s stepmother was Gina, who had been suffering with bipolar disorder, but it turned out Leah was the one behind the campaign of abuse.

Gina came to live with her sister, and when Sally ended up in prison last year after being framed for fraud, Gina fell for Sal’s husband, Tim, and ended up convincing him they’d slept together when he was drunk.

Despite Gina’s attempts to make things right, Sally was having none of it.

Eventually Gina decided to leave Weatherfield, but before she left she noticed something was wrong with Tim and convinced him to go to hospital.

Whilst Sally didn’t think anything was wrong, it turned out Tim was having a heart attack.

Sally soon forgave her sister and asked her to stay around, but Gina decided it was time for a fresh start and left the cobbles.

Did you recognise Connie in Holby City? Leave us a comment on our Facebook page @EntertainmentDailyFix and let us know what you think of this story.