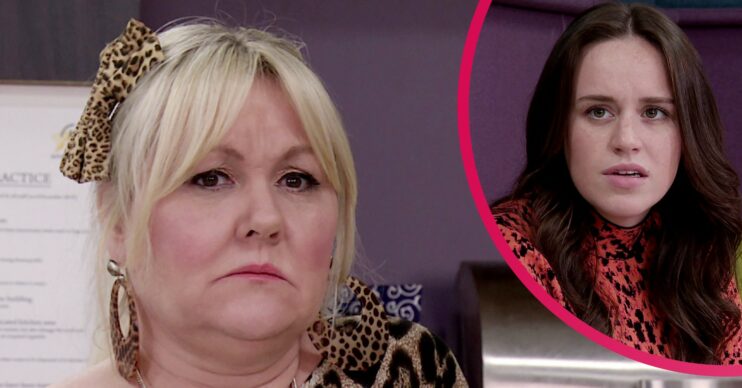 Coronation Street fans have slammed Beth branding her ‘vile’ as she encouraged her son Craig to dump Faye after finding out Faye can’t have children.

Faye, who is only 20, recently learnt she’s going through the menopause and won’t be able to have anymore kids.

She told Craig the news and in last night’s scenes (Wednesday, May 4) Craig told his mum Beth about Faye’s diagnosis. But fans were disgusted with Beth’s reaction.

Back in March, Faye took a pregnancy test which turned out to be positive.

She told Craig and they were thrilled at the thought of becoming parents.

However when Faye began bleeding, she went to the hospital and a scan revealed there was no baby.

She went for tests to see if everything was okay and this week Dr Gaddas told Faye she’s going through the menopause at the age of 20 and can’t have anymore children.

Faye told her dad the news and felt she was being punished for giving up her daughter Miley, who she gave birth to when she was 13.

Faye later went home and broke the news to Craig and she even suggested he might want to meet someone else so he can have kids. But he was determined to stay with Faye.

Beth told Craig she’s sorry and he said it’s Faye they should be feeling sorry for.

Beth responded: “Well absolutely. Going through all that at her age. So what do you think you’ll do?”

When Craig asked what she meant, Beth continued: “Well, obviously, it’s different for her. She’s had a kid. You haven’t. So no-one would blame you if… you know, further down the line, you decided to keep your options open.”

Craig was furious at Beth’s words and so were viewers.

They branded Beth ‘vile’ for suggesting Craig break up with Faye.

Beth being empathetic as ever #Corrie