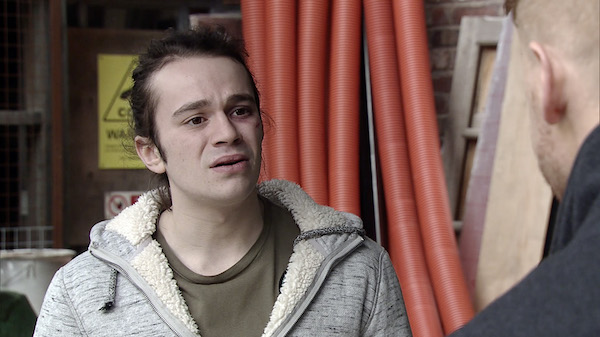 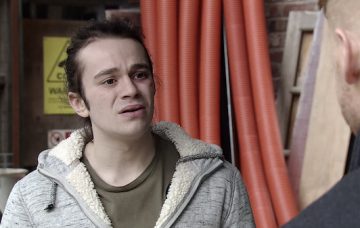 Coronation Street has been slammed by fans for ‘recycling’ old plots.

The soap announced this week it will be taking on a modern day slavery storyline when Seb Franklin falls in love with a nail technician from Eastern Europe.

It will emerge how she is being forced to work for evil gangsters who trafficked her into the UK to make them money.

Corrie producer Iain Macleod said he hopes the storyline will raise awareness of the plight of the hidden slaves in the UK, adding: “This is one of the biggest hidden scandals in the UK today.

“Our research has shown us that in many towns and cities across Britain, people are being forced to work against their will, living in extreme poverty and in fear for their safety, all so ruthless criminal gangs can get rich at their expense.

“We are keen to highlight that slavery hides in plain sight – the salon which does your nails for a too-good-to-be-true price, the car wash which valets your hatchback for half the going rate… these could all be staffed by people who are being coerced, threatened and exploited.”

In 2016 Eva Price and Billy Mayhew teamed up to free a slave called Marta from a business contact of the factory.

The couple responsible, Richie and Julia, were prosecuted under the Modern Slavery Act and Marta was freed to return home to Poland.

And it’s not just the slavery storyline that has returned.

Teenage pregnancy and even Carla Connor’s upcoming breakdown have been done before.

One said: “Another rinse, recycle and repeat storyline…”

A second said: “There seems to be a weird trend of recycling storylines at the minute.

“Amy’s pregnancy only a few years after Faye’s (although with a different outcome), Carla to be hated and blamed by everyone in the upcoming stunt, just like when she spiralled after thinking she was to blame for the fire in her flat.

“Now this modern slavery storyline after they had Eva rescue that girl who was enslaved by one of the factory’s contacts.”

Another added: “Why they are redoing so many storyline ideas from Blackburn’s time- are they that low on ideas?!

“Corrie did a modern slavery storyline less than 3 years ago and they redid teenage pregnancy and we’re set to have Carla having another breakdown like she did in Blackburn’s era.

“I don’t get why they’re so keen to copy his ideas either – his reign was pretty much universally panned.
It just comes across as lazy by the show.”

Do you think the show is recycling stories? Leave us a comment on our Facebook page @EntertainmentDailyFix and let us know what you think!