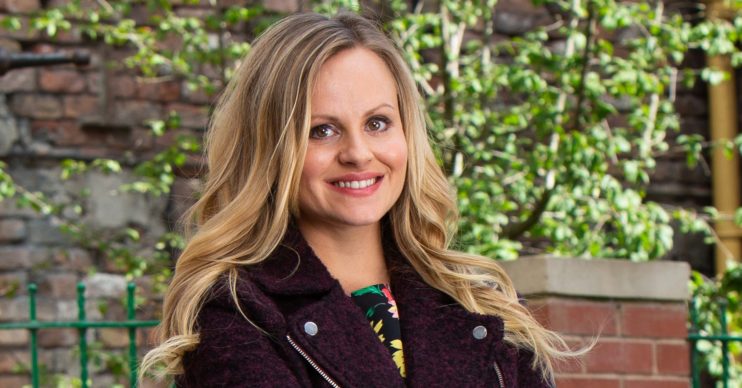 Sarah and Adam got married earlier this year

Recently it was revealed that there will be a love triangle around the soap’s milestone in December.

Hearing the news, fans have already started to come up with theories as to who could be involved.

Speaking on a Digital Spy forum, fans think the love triangle will be between Gary, Adam and Sarah.

One wrote: “Interestingly, in spite of actors not being allowed to have physical contact due to Covid 19 regulations, Corrie is still planning a love triangle that will feature significantly for the 60th. Who do we think this involves.”

Another fan responded saying: “I wonder if it’s got something to do with Gary and Sarah?

“As Iain MacLeod has already stated that their ‘complicated feelings’ for each other will leave them with ‘headaches and big decisions’.

“I’m sure TPTB will want Grim-Gary to play a big part in the 60th. I may be in the minority But I think the most interesting thing about him is probably his love/hate relationship with Sarah.”

A second commented: “I guess it could be that! Maria dumps him after finding out about Rick so he goes after Sarah?”

A third: “Gary, Adam and Sarah makes the most sense given their history there, although I wouldn’t be surprised if it’s just some random other characters.”

Another added: “Always preferred Gary and Sarah to be honest.”

What is happening on-screen currently with Adam, Sarah and Gary?

Adam and Sarah recently returned home from their honeymoon. But immediately afterwards Adam noticed Gary stepping into help a young teenage girl, who he discovered was Rick Neelan’s daughter.

Recently he has been talking to Kelly’s mum Laura in order to get more information about Rick, who unbeknownst to them has been killed by Gary. But could he be heading for danger?

Coronation Street is on ITV on Mondays, Wednesdays and Fridays at 7.30pm.