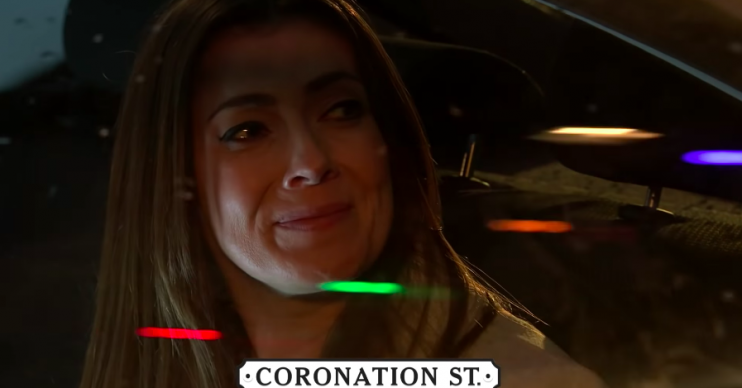 It's the end of an era for Corrie

Viewers of Coronation Street are confused about Michelle Connor leaving the cobbles before Robert Preston’s funeral.

She had tried to set Robert up for the murder of his pregnant ex Vicky Jefferies out of revenge for him cheating on them both.

But after denying Robert the chance to meet his newborn baby son, Michelle was consumed with guilt when he was shot and killed on Christmas Day.

So much so that she left the cobbles without a thought for Robert’s funeral, leaving fans confused.

One said: “#Corrie Michelle’s not even staying for Robert’s funeral, a bit callous. Who’ll be arranging it??”

A second said: “@itvcorrie @msm4rsh Would have thought Michelle would have stayed for Robert’s funeral 😯”

A third asked how Michelle could have got away with her evil scheme: “#CoronationStreet never hold Michelle accountable for anything, do they?

Another said: “If soaps served up any justice that would be how Michelle would be leaving… in a prison van. #corrie”

Others were glad to see the back of Michelle, claiming they could watch the soap again now she’s gone.

One said: “Thank goodness she’s gone 🎉 🥳 🙌🏻 Michelle was genuinely making me want to stop watching #CoronationStreet and I’m glad to see the back of her.