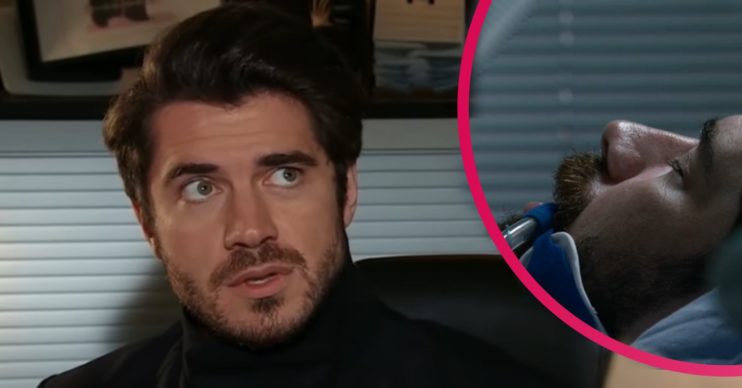 Adam was attacked in the Bistro last week

Coronation Street fans fear that Adam Barlow will die after he suffered a seizure in hospital in last night’s episode (Wednesday, December 16).

Last week, Adam was attacked by an unseen person in the Bistro.

He was found by Ray and Debbie who called an ambulance and in hospital he was put in an induced coma.

However in last night’s episodes, as doctors attempted to bring him out of sedation, the machines suddenly started going off.

It was soon revealed that Adam had a fit. But the doctors gave him muscle relaxants and was back under sedation.

However fans are worried that Adam may not recover and could end up dying.

Afterwards, Daniel told Sarah that Adam was the only person who got him.

He also vowed to track down who attacked his nephew and make them suffer.

Over the last week, Adam has made quite a few enemies on the cobbles.

I don’t want Adam to die!

Over the show’s 60th anniversary, Adam was forced to admit to his uncle Peter that he slept with his girlfriend, Carla.

The confession was overheard by Adam’s wife Sarah. Meanwhile Carla was also furious with the solicitor for telling Peter what happened.

Later Adam also had a run in with Gary Windass, where he threatened to go to the police about him killing Rick Neelan.

However some fans have come up with their own theories. Some believe that Peter’s son Simon is responsible for Adam’s attack.

In last night’s episode, it was revealed Adam’s office was vandalised. But it soon became clear that Simon was behind the vandalism as he hid the can of paint.

Who do you think attacked Adam?