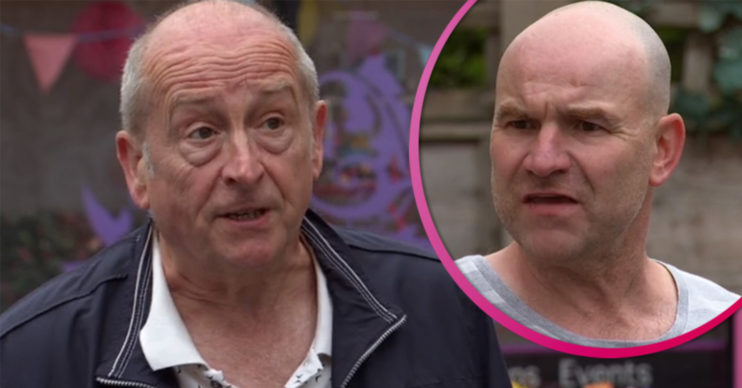 Coronation Street fans expressed their disgust after Geoff Metcalfe got away with abusing wife Yasmeen on camera in the soap.

Tim and Sally became disturbed to find a video of Geoff terrorising Yasmeen in her own home on his laptop – and decided to take action.

They took it to the police but in an awful twist Geoff became released after just being questioned.

After leaving the police station, Geoff attempted to manipulate Tim.

He said: “Let’s just forget about it and put it all behind us.

“Setting the police on your own father, come on, but I forgive you.

“They watched [the video] and they let me go because it’s a misunderstanding.

“If you watch it again you’ll see that. I lost my temper, everyone does that. Are you telling me you’ve never lost your temper with Sally?”

Still furious, Tim looked shocked over Geoff being let out.

“Hiding my own mother from me.”

But Geoff insisted that Elaine wasn’t Tim’s mother, but Tom shot back: “You’re not my father.”

Will Coronation Street’s Geoff get away with abusing Yasmeen?

Tim then sped off to find Elaine himself – but later a bombshell dropped. The footage they found would not be admissible in court.

Imran said Yasmeen wouldn’t be able to use it as evidence because it had been technically stolen before being handed into the police.

However fans expressed their disgust over Geoff being let out – and that he might still get away with abusing Yasmeen.

One said: “What the hell Geoff has been let out and tried to make Tim feel bad for turning him in.

“He’s a vile peace of scum glad Tim isn’t falling for any of Geoff’s lies #Corrie.”

A second said: “Whyyyyyy have the feds let Geoff out?! #corrie.” [Sic]