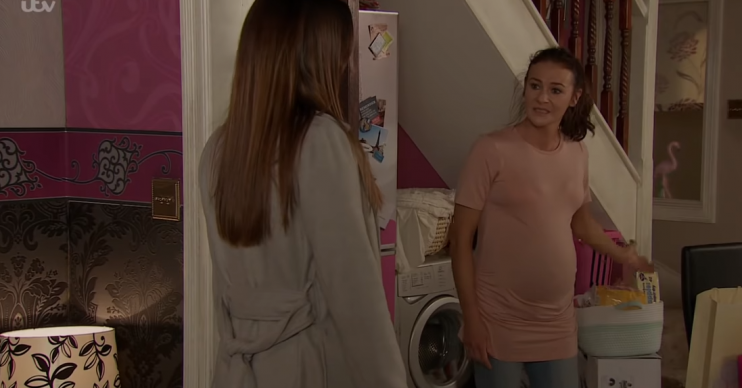 Fans of Coronation Street are convinced Vicky and Michelle are working together to set Robert Preston up.

Cheating chef Robert had been two timing both of the women for months in the hopes of marrying Michelle and convincing Vicky to keep the baby she is pregnant with.

But earlier this month Vicky went missing after a violent row with Robert and fans smelled a rat.

Last night Robert was arrested by police for assault after the row that saw Vicky hurl a vase at him and scream that she was scared of him.

The police revealed they had found blood and a fragment of the vase in Robert’s work van.

Robert was horrified and incredulous as it became clear the police suspected him of more than an argument with his ex.

But with Vicky still missing and Michelle having taken everything financial from Robert, fans had another theory about what happened.

They think the two women have teamed up to destroy Robert for his lies.

One said: “I still think Michelle and that Vicky are in it together. Setting up Robert #Corrie”

A second agreed saying: “@itvcorrie I think Michelle and Vicky have set Robert up between them.

Another said: “I reckon Michelle and Vicky have conspired to fake her death to frame Robert. #Corrie”

A fourth added: “Wow Michelle and Vicky are really going to stitch Robert up with attempted murder. #corrie”

Even fans who have stopped watching the soap have said they see it coming with one tweeting: “I think Michelle is setting Robert up with the help of Vicky #corrie and I don’t even watch it anymore.”

What do you think – are Michelle and Vicky working together to frame Robert? Leave us a comment on our Facebook page @EntertainmentDailyFix and let us know what you think!