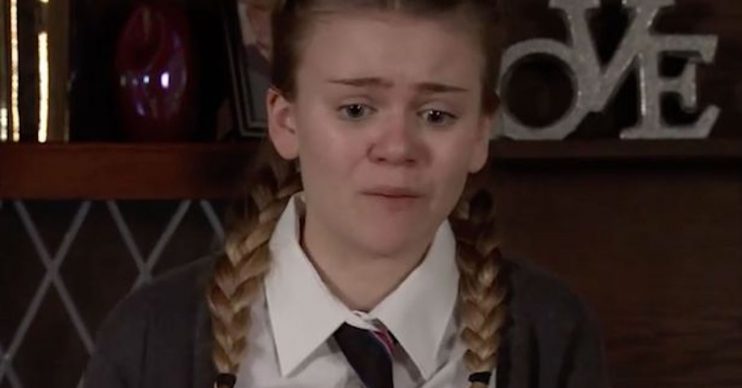 What happened to baby Oliver?

A horrified Steve McDonald left Oliver in the care of schoolgirl Summer last night so he could go and help his eldest daughter Emma.

But when he returned he walked into panic as Summer shouted about Oliver seemingly suffering a fit.

She said: “Steve come quick, I don’t know, he was watching the telly and then he suddenly just went funny.

“He was shaking, it was like a fit. I don’t know, it literally just happened.”

The pair then rushed the toddler to the medical centre but fans were suspicious about Summer’s behaviour – and can’t help but think she did something to the baby.

One said: “Did Summer do something to Oliver?”

In next week’s episode (April 13), Steve races to the medical center with Oliver.

Doctor Gaddas reassures Steve but tells him to take the little boy to the hospital as a precaution.

A panicked Leanne arrives at the hospital and is furious to learn Steve left Oliver with Summer, when he was meant to be looking after him.

Steve asks Imran for some legal advice concerning access rights to his son, but due to Imran dating Leanne’s sister Toyah, he gives Steve another solicitor’s card.

In an attempt to build bridges, Steve invites Nick and Leanne to dinner with him and Tracy at Speed Daal.

Whilst things seem to be going well at first, Steve ends up accidentally dropping the solicitor’s business card.

Leanne demands to know what it’s for and Steve’s forced to tell her the truth.

The parents soon begin arguing in the restaurant over Oliver. Leanne is furious to learn Steve is taking legal advice.

Will they stop bickering and focus on the important thing here – is Oliver seriously ill?

Do you think Summer hurt Oliver? Leave us a comment on our Facebook page @EntertainmentDailyFix and let us know what you think!