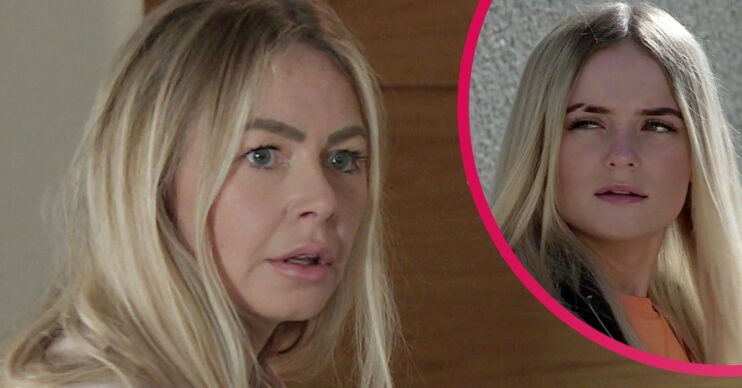 Coronation Street fans convinced Laura is lying about her illness

Coronation Street fans are convinced Laura Neelan is lying about her terminal illness.

Recently Kelly found out her mum Laura was diagnosed with cancer and has months left to live.

She has spent the last few weeks looking after her mum as well as going to school and working at the barbers.

This week, Kelly’s guardians Gary and Maria found out Kelly had been looking after Laura and offered for Laura to move in with them in order to help Kelly out.

After Laura moved in, she told Gary that she wanted to hire a private investigator in order to find her ex-husband, Rick’s money so Kelly has money when she dies.

However Entertainment Daily readers don’t think she’s ill and believe she is faking to get her hands on Rick’s money.

On Entertainment Daily’s Facebook page, one fan wrote about Laura: “I never thought she had anything wrong with her. One thing, she is a good con artist.”

A second wrote: “She is a chancer I think. Nothing wrong with her. Time will tell.”

Read more: Coronation Street star Maureen Lipman: Does she have a famous husband?

A fifth commented: “She’s conning them.”

“Shes lying about having cancer,” added another. “She needs her husband’s money and knows Gary has something to do with it so the only way she can get close enough to find out the truth is say she is dying.”

Fans on Twitter also think Laura is lying about her illness.

Why do I have a horrible feeling that Laura is lying about her illness in order to get close to Kelly? #Corrie

Coronation Street: Will Laura and Kelly find out the truth about Rick?

Corrie viewers know Gary killed Rick back in 2019 and has pretended to Laura and Kelly that Rick would send over money for Kelly’s school fees.

This week, Laura and Gary meet with a PI. She explains she’s trying to track down Rick and Gary was the last one to see him.

Gary sweats as the PI quizzes him about Rick. Will the truth come out?

Read more: Emma Brooker in Coronation Street: Who is she? Who’s her dad?