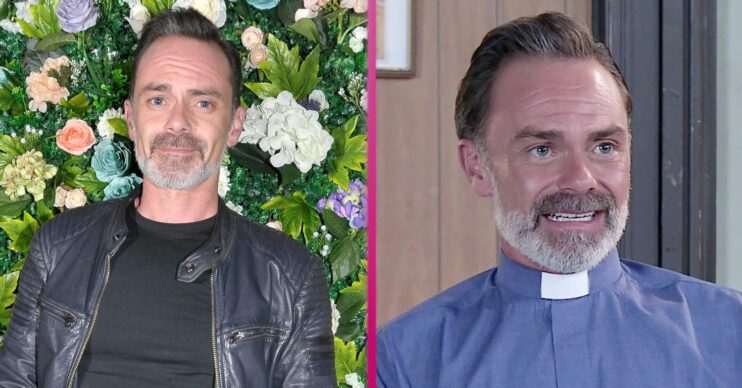 Daniel revealed he was filming on location

Recently Daniel, who plays Billy Mayhew in the ITV soap, shared a photo of himself in character to Instagram.

He captioned the post: “Billy did some vicaring today! Amazing to finally be on location @coronationstreet.”

However his followers were distracted by something in the photo.

Billy did some vicaring today! Amazing to finally be on location.

A second commented: “That bloody bulge” with heart eye emojis.

A third said: “Not sure where to look.”

Another added: “Those are pretty tight pants for a Vicar.”

Read more: Coronation Street: George and Eileen leaves fans fed up as they have ANOTHER falling out

Recently Billy was left heartbroken after he discovered his fiancé Todd had been lying to him and stole from him.

Todd had split up Billy and Paul earlier this year. But Paul found out the truth and exposed Todd’s lies.

Afterwards Billy ended things with Todd and cancelled their wedding.

It was recently reported that the soap cast were filming funeral scenes.

It was also reported that Helen Worth, who plays Gail Platt, was also filming the scenes. This led to speculation that it was Audrey Roberts funeral.

However according to The Sun, they are filming Norris Cole’s funeral.