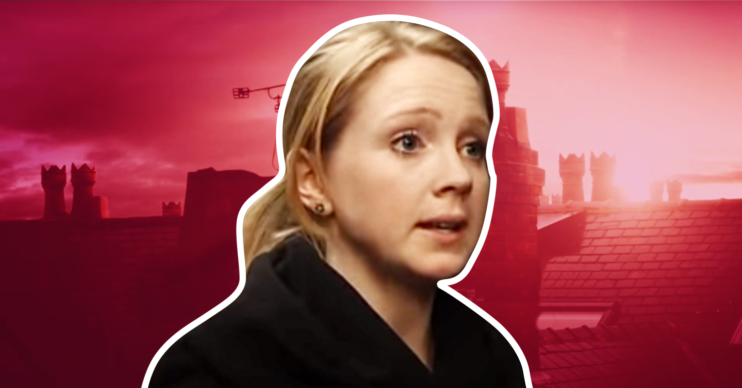 Claire and the boys were last seen back in 2011

Coronation Street fans have called for Claire Peacock and her stepson Josh and son Freddie to return.

Claire, Freddie and Josh were last seen in January 2011 when she was forced to flee the country from the police.

However fans think after nearly a decade away, it’s time for the Peacock family to return to the cobbles.

Coronation Street: What did fans say?

On a Digital Spy forum, one fan wrote: “Do you think Joshua and Freddy Peacock should return to the street?

“I think they should come back at some point in the next few years when they are young adults and can be the new bad boys of the street, in which they plan to get revenge on Tracy Barlow for driving their mother out of the country back in 2011.

“Would be great to revisit that situation after so long.”

One fan responded saying: “Absolutely, and Claire. I can imagine Claire and Tracy having a fight in the florist with flowers and Mary shouting something funny.”

Another commented: “They could make a good storyline out of those characters and I would like to see the boys portrayed in a positive way, having a trade or profession of some sort. It is sad that they killed Ashley off.”

Another added: “Be great to see them move to the area and open a butchers shop.”

Coronation Street: What happened to Claire, Freddie and Josh?

In December 2010, an explosion wrecked the joinery (which is now known as the Bistro).

Claire’s husband, Ashley, and Nick Tilsley got an injured Peter Barlow to safety. However the viaduct collapsed on him and he died instantly.

After his death, Claire was devastated and was left to take care of her and Ashley’s son Freddie and Ashley’s adopted son Josh.

But when Tracy Barlow mocked Ashley’s death, Claire was distraught and she pushed Tracy, causing a considerable injury.

As the police investigated what Claire had done to her neighbour, it became clear she could be charged with assault.

But now Josh would technically be 18 years old and able to go where he wants. Could we see the Peacocks come back to Coronation Street?