Carla Connor and Peter Barlow should have a child together, say Coronation Street fans.

Viewers of the ITV soap have begged scriptwriters to give Carla the baby she's never had with her beau Peter Barlow, after a cute scene between the pair last night. 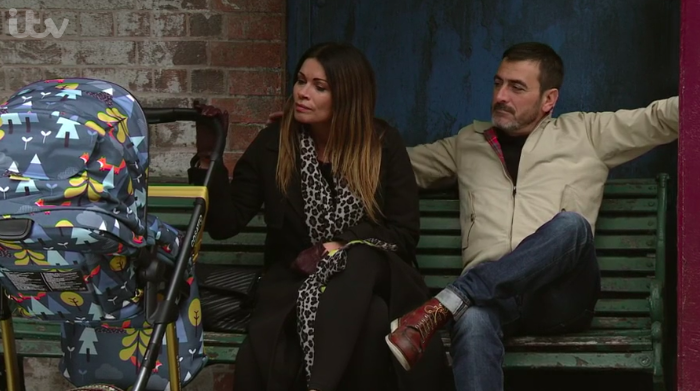 Carla has been spending an increasing amount of time with baby Bertie after the tragic death of his mum Sinead.

On Wednesday (November 20), Daniel continued to go off the rails gripped by his overwhelming battle with grief - which he is currently losing.

That was gorgeous. They deserve a child.

While fans have been left devastated for Daniel, his inability to cope did give some viewers what they wanted - scenes of Carla and Peter with baby Bertie. 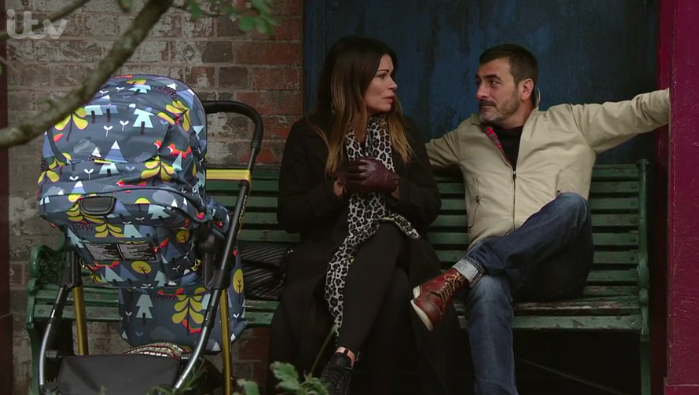 And some ovaries started twitching when Peter gushed about how gorgeous Bertie is, and Carla asked him if he was feeling broody.

She said: "What's up with you? You getting broody or something?"

He answered "a bit" before asking: "And you're not?"

She said: "What for? Sleepless nights, the smell of sick and someone trying to get at your boobs all the time? No thank you, I've had enough of that without babies, thank you very much."

Peter, rubbing her back, said gently: "You'd have made a great mum."

But Carla insisted she had "too much baggage now" and asked him "why all this talk about babies?".

And fans flocked to Twitter to beg the soap to give Carla a baby.

One wrote: "That was gorgeous. They deserve a child."

Another said: "Thanks. Now give them a baby."

this was gorgeous THEY DESERVE A CHILD

A third added: "Aww let them have a baby please."

"I'll beg you for baby Barlow the second," said one more.

Actress Alison King, who plays Carla, recently told Inside Soap Yearbook 2020: "There's lots of lovely stuff on screen right now post Sinead's death in which Carla and Peter are very much a part of the family.

"I'd love to work more with that baby Bertie too. Oh my gosh, he's gorgeous! I'm not broody, but every time I have a scene with him I don't want to give him back, he's amazing. He never looks sad or cries, it's nice to see Carla and Peter with a baby as it's a glimpse of what they could have had." 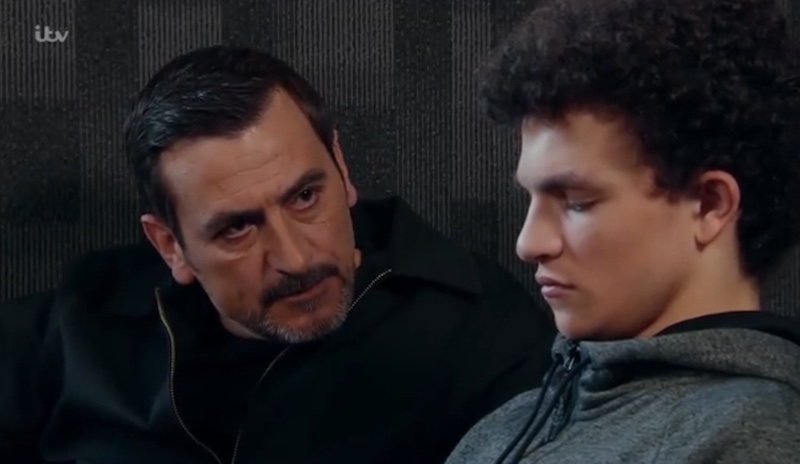 Viewers know that Peter is dad to Simon Barlow, his son with Lucy Richards.

Carla announced she was pregnant with then-husband Peter's baby back in 2013, but was devastated when she discovered he was having an affair with Simon's babysitter Tina.

When Tina was killed by Rob, Carla became prime suspect in the murder case and the stress resulted in her suffering a miscarriage.

Would you like to see Carla have a baby with Peter? Let us know on our Facebook page @EntertaimentDailyFix.