Viewers of Coronation Street have demanded that controlling bully Geoff Metcalfe gets his comeuppance, after his latest acts of abuse against Yasmeen Nazir.

Some fans, upset by his increasingly nasty behaviour towards his partner, have begged Yasmeen to dump him, and others have asked for the character to be axed or killed off. 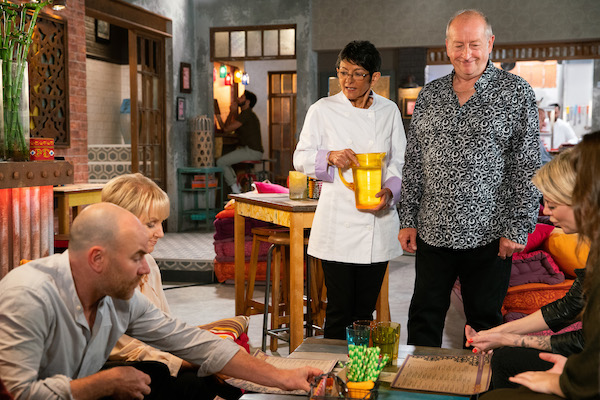 Read more: Coronation Street viewers predict Tyrone and Jade will have an affair

On Wednesday (October 30), Yasmeen continued to feel even more isolated after Geoff bought a share in Speed Daal.

The double bill of the ITV soap saw Geoff announce he now owns a share in Speed Daal and, to celebrate, he invited his family to the restaurant .

But instead of learning more about the business, he was clearly keen to make an impact by implementing new rules - his favourite pastime! - leaving poor Yasmeen fretting.

Corrie viewers are on to you, mate! (Credit: ITV)

As Tim and Sally arrived at Speed Daal, Geoff insisted on showing off by buying a bottle of champagne to celebrate.

But when Yasmeen insisted her granddaughter Alya has a strict no alcohol policy at the establishment, Geoff hit back at her insisting he wasn't holding a children's birthday party.

Why can't they bring Pat Phelan back to life to kill Geoff off?

He later stated that all the customers should be allowed to drink alcohol in a move that will enrage Alya - and drive a wedge between her and her gran. 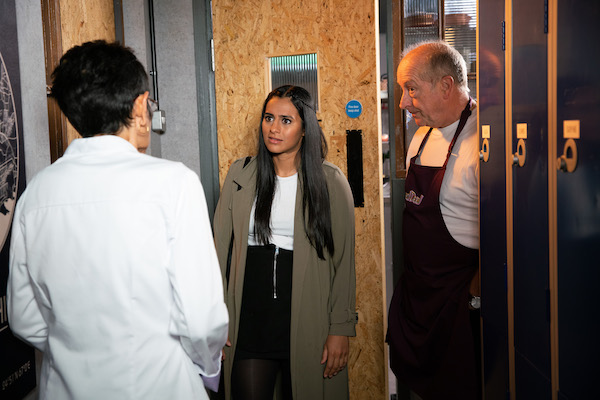 Alya and Geoff have been at loggerheads (Credit: ITV)

Fans fearing Yasmeen could be pushed to breaking point have shared their worries on social media, with one saying: "I want Alya to murder Geoff for how he's treating her gran."

On Coronation Street ITV Facebook fan page, one angry viewer wrote: "They need to wrap this up now. It's horrible to see her going through this."

Another agreed, writing: "Yasmeen is bound to have a mental breakdown if this goes on for much longer, she needs to tell Geoff to go to hell!"

A third said: "For goodness sakes, get rid of him, vile little man!"

Time for another serial killer to wipe out Gemma, Fizz and Geoff.#Corrie

Can there be a death soon.... Ideally Geoff 🙄 #Corrie

#corrie When is this terrible Geoff stuff going to end?

For God’s sake, hasn’t Geoff been stuffed under the patio yet?? 😑😑#Corrie

"Can't stand him. Why can't they bring Pat Phelan back to life in the show to kill him off?" asked another, while others begged for him to be Gary Windass' next victim.

"Hate him. Please Gary Windass take him out, do us all a favour," exclaimed another.

Over on Twitter, one fan said: "I know how important this storyline is to tell but, oh my lord, I can't wait for it all to be over and Geoff to be gone."

However, others said he was a "great baddie".

Next week (November 8), Geoff continues to sap Yasmeen's confidence, convincing her that she has a shocking memory and clearly doesn't listen to a word he says.

Geoff lies to Yasmeen making out that he was planning to take her on a romantic break to Vegas but it's clear she doesn't trust him so he's not going to bother. Yasmeen is left feeling terrible...

Do you want to see the end of the Geoff storyline? Let us know on our Facebook page @EntertaimentDailyFix.