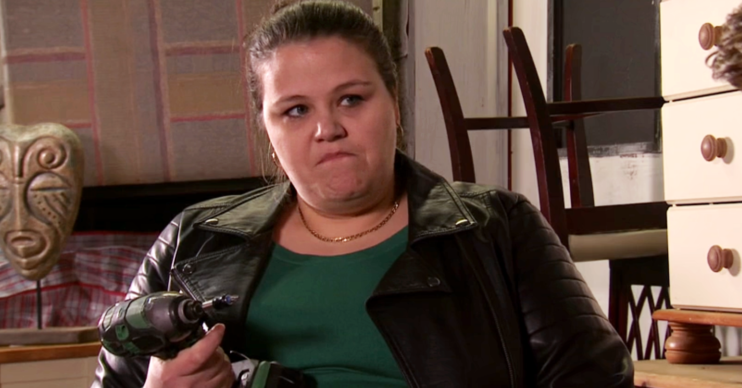 In the episode, viewers saw Sharon back on the cobbles with Gary Windass as he told her he had managed to track down Kelly Neelan’s mum, Laura.

As Kelly has been staying with Billy, Summer and Paul whilst her mum went AWOL, Laura came by to move her daughter back home.

Meanwhile, Sharon watched from a van as Adam Barlow walked by and began to flirt with Laura.

Later, when Gary got into the van, she told him what she had witnessed and said: “Fred Elliott’s been here, carrying bags and batting his eyelashes at Laura.”

She then continued saying: “Good looking bloke in a suit. Hair. Scottish” not explaining what she meant by the reference.

Viewers were baffled by the mention of the former Coronation Street character and wondered how she would even know who Fred is, as he died in 2006.

How would Sharon know who Fred Elliot is? #Corrie #CoronationStreet

Catching up on #Corrie why did Sharon call Adam, Fred Elliot? pic.twitter.com/nkxMBm3dyW

Any particular reason Sharon referred to Adam as Fred Elliott? Loved the nod to the old character but Seems more than coincidence! #corrie @itvcorrie GO YASMEEN!

Hang on, did I miss the joke? Why did Sharon just say that Adam Barlow was Fred Elliott? #Corrie pic.twitter.com/Yh5lSVgWr6

Could she be referring to Corrie’s Fred? Or maybe someone else?

Coronation Street: Who is Fred Elliott?

How would Sharon know who Fred Elliott is?

He was the local butcher and dad of Ashley Peacock . He was also well-known as a serial proposer, proposing to Rita, Audrey and Doreen Heavy, who all turned him down.

He eventually got engaged to Bev Unwin, who would be his fourth wife. However he had a stroke before they got married.

Sadly, Fred no longer has any family left on the Street.

After scattering his ashes, Bev left in the December. Meanwhile, Ashley died four years later in the 2010 tram crash.

In 2011, Ashley’s wife Claire fled the cobbles with their son Freddie and Ashley’s adopted son Joshua and have never returned.