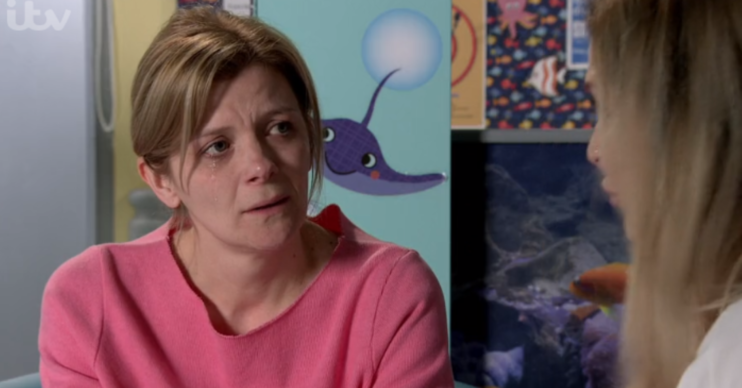 There appeared to be an issue with the hospital background

Coronation Street fans were left baffled by a blunder in one of the shots as the soap went for an advert break last night (Wednesday, May 27).

Usually there will be a break in the episode around halfway through which plays the Corrie theme, along with a shot of the outside of a building.

In last night’s episode, just before the break, a shot was shown of the outside of Weatherfield General Hospital.

However eagle-eyed fans noticed behind the hospital sign there was a building. And it appears the words ‘Studio 2’ were painted on it.

I love how you can tell that from the outside that its just a sign which reads Walford general hospital which is just put up outside the Corrie studios. #Corrie

oops
they did a similar 'oops' in 2018 when Jack was in hospital and Sally was talking to Duncan by his car with a perfectly placed open boot lid to hide the corrie sign.
until he shut it just as they cut.

Maybe the hospital is just next to a TV studio?!

After having a series of fits, Oliver was brought to the hospital. His family were told he could have mitochondrial disease.

In this week’s episodes, Steve and Leanne were being given the news that their son could have brain damage.

Although they were told there’s a chance the brain damage is permanent, Leanne is determined to stay positive.

After Oliver called her ‘mummy’, she believed everything was going to be okay. However her boyfriend Nick and Steve appeared worried.

In next week’s episodes, Leanne brings Oliver home as they await his results. But it’s clear she’s in denial and goes about acting as if everything is normal.

Both Nick and Steve offer to help out, however the worried mum is determined to cope alone.

Is she heading for a fall as she pushes people away?

What’s to come for Leanne?

Speaking to TV Times she said: “Oliver isn’t Nick’s biological child and he’s reminded of that every day.

Read More: Coronation Street SPOILERS: Geoff to kill Alya as she tries to expose him?

“He has to hide his tongue, but he’s hurting, so there’s another story that opens up for him, which ties into this.

“There is also a story that opens up for Toyah, as she makes a huge decision about her life that also affects Leanne.”

Have you been following Oliver and Leanne’s storyline?

Did you notice the hospital blunder? Leave us a comment on our Facebook page @EntertainmentDailyFix and let us know what you think of this story.