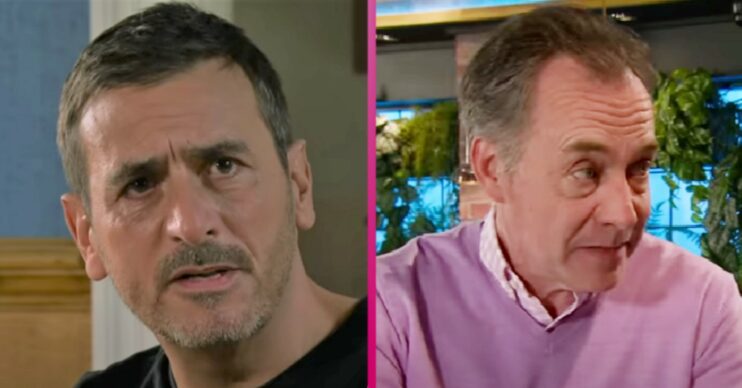 Coronation Street fans have been saying the same thing about Peter Barlow’s storyline as he swore revenge on Mr Thorne in last night’s episode (Wednesday, May 11 2022).

This week Peter found out Mr Thorne placed a bet with a colleague that he could do Peter’s liver transplant operation in under four hours.

However after Peter found out Mr Thorne decided to retire and go work abroad, he swore revenge.

Now fans are all saying the same thing about the plot.

Read more: Coronation Street SPOILERS: Peter goes too far as he gets revenge on Mr Thorne?

However Aggie overheard Mr Thorne on the phone with a colleague talking about how they made a bet that he could complete Peter’s surgery in under four hours.

Aggie reported Mr Thorne and Peter found out about what Mr Thorne had done. Peter was also disgusted to discover he had taken a selfie during his operation.

Peter demanded an apology from the surgeon but he refused.

Later the cab driver tracked him down to a restaurant and when Mr Thorne wound him up, Peter punched him.

Peter was arrested and charged with assault.

In last night’s episode Carla tried to get Mr Thorne to drop the charges, but was shocked when he asked her to dinner.

He then asked to exchange numbers and said he would call to let her know his decision about dropping Peter’s charges.

He said to Peter he would drop the charges against him and in return he asked Peter to retract his complaint and he would take an early retirement.

Later Peter returned home and told Carla about his deal with Thorne.

However when Carla left her phone behind, Peter saw a text from Mr Thorne telling her the charges were dropped and asking her for dinner.

When Carla returned home, Peter confronted her and she told him what Mr Thorne asked her.

Peter was furious but soon the police confirmed to him the charged had been dropped and at the hospital, Mr Thorne confirmed he was retiring.

Later Peter and Carla went to the Bistro and Mr Thorne arrived for his retirement party.

Soon Peter overheard Mr Thorne saying he would be taking up his new position in the States later this year.

When Peter asked him about it, Mr Thorne said he’d been appointed as the professor of Hepatology at a university hospital in Philadelphia.

Speaking privately with Carla and Peter he admitted he was headhunted a few months ago and was waiting for the right time to take it.

Peter threatened to put a complaint to the hospital again but Mr Thorne warned he wouldn’t be believed.

However fans have admitted they’re already bored of the plot and think Peter needs to let it go now Mr Thorne is leaving.

What a crappy storyline with Peter and the surgeon bloke blimey that's 2 hours of Corrie wasted this week ! #Corrie

And this is Peter Barlow's new storyline? Harassing a Doctor, who is leaving Weatherfield General to go and practice state side? #Corrie #coronationstreet

I have no idea who this version of Peter Barlow is. He seems to be a completely different character. #Corrie Just let the dodgy doctor go abroad! 🙄

Peter B getting boring now…or is it me?.#Corrie

Peter Barlow and his transplant consultant story line is so insanely boring and irrelevant. The only upside will be if he and Carla get back on the sauce and move away with Simon 🙏#corrie

#Corrie just let him go Peter. He's not worth it.

What do you think of this storyline? Leave us a comment on our Facebook page @EntertainmentDailyFix and let us know what you think.