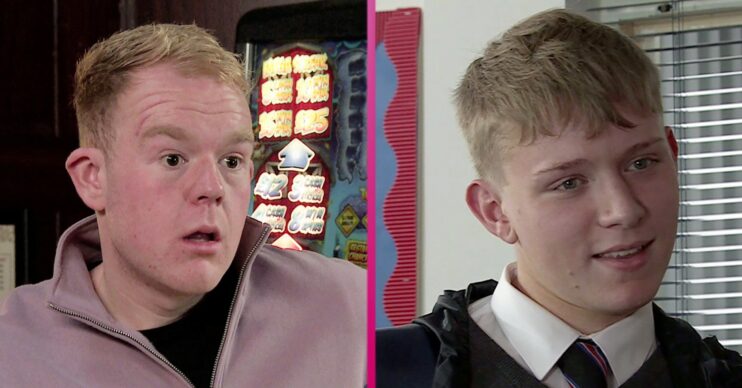 Coronation Street character Max Turner was arrested after he revealed to Amy he was the one who spiked her drink, but fans have all been making the same joke about police officer Craig.

Max finally came clean to Amy and admitted he spiked her drink at the school dance but insisted she wasn’t the intended target.

A police officer later turned up to the Platts’ home to arrest Max, but fans were quick to make the same joke.

Read more: Who plays Max Turner in Coronation Street and why has he been recast?

Back in February, Amy’s drink was spiked at the school dance and she ended up collapsing outside of a club.

Her boyfriend Jacob and friends Asha and Aadi got her medical attention and the doctors told Amy’s parents Steve and Tracy she had been spiked.

Max wanted revenge on Daniel for pushing him down the stairs. Daniel agreed to keep quiet about Max’s involvement, but the truth came out in last night’s episode (Wednesday, April 27).

In the scenes Amy was still struggling with the fact she had been spiked and was trying to figure out who was behind it.

At school she saw one of her classmates staring at her. She soon accused him of being the one who spiked her.

After Amy threw a coffee over him, Daniel came out to see what was going on.

Amy told him about her suspicions but Max, who witnessed the incident, explained Brett just liked her.

Later Max was struggling with his guilt seeing that Amy is clearly still terrified after what he did.

Max decided to go and see Amy, who was in the cafe with Nina and Asha. Feeling terrible, he confessed he spiked her drink.

He told her it was intended for Daniel but Amy was furious.

Later a police officer turned up at Max’s house and told him he was under arrest for administrating a noxious substance.

However fans were quick to point out for once Craig Tinker, who is a police officer who lives on the street, wasn’t making the arrest.

Who is this copper? Does Craig know he's not the only one in Manchester? Most shocking thing to happen in #Corrie for months.