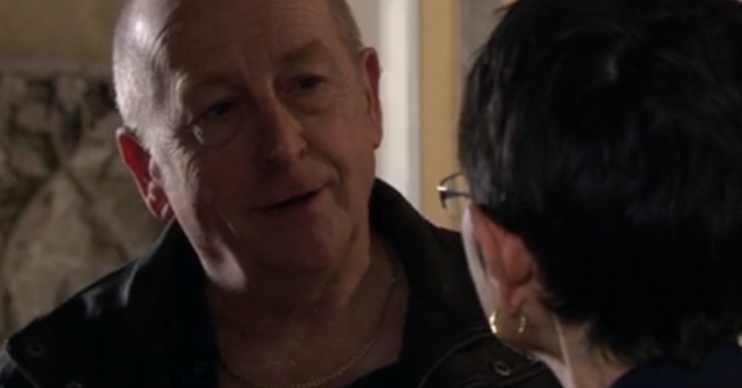 He locked his wife in, yet Ryan somehow got inside

Coronation Street fans think they spotted a mistake in last night’s episode when Geoff locked Yasmeen in the house.

After Yasmeen met up with police officers to find out information on Geoff’s past, her evil husband discovered leaflets about abuse in her bag.

He decided to punish her by heading out to the pub announcing: “I don’t think I’ll bother with that nap, I fancy a pint.”

Geoff then took Yasmeen’s keys with him making it clear she wasn’t able to go out until he got back and he was effectively locking her in the house.

She insisted it was fine and she didn’t mind staying in.

But later on, while Geoff was still out, Yasmeen let her granddaughter’s boyfriend, Ryan Connor, into the house.

I thought the front door was locked…

How did Ryan get in?

Fans were confused as to how Ryan got inside without a key if Yasmeen was locked in.

So how did Ryan get in? Does he have his own keys? #yasmeen #corrie #CoronationStreet

Just watching #corrie Geoff said he is taking Yasmeen keys and she cant out until he comes back….so how the hell did her granddaughter boyfriend get in??? 😱😱😱😱 @itvcorrie

How did yasmeen let Ryan in without a door key? #Corrie #CoronationStreet

I thought the front door was locked… #Corrie

Although it could have been possible that Geoff just meant Yasmeen couldn’t go out as she wouldn’t have keys to get back in, rather than him actually locking her in the house…

But we wouldn’t put anything past him!

Ryan told Yasmeen that Alya was worried about him, but Yasmeen said she needn’t be.

“I just want you to know I am around the corner if you need me for anything,” Ryan told her.

However, Yasmeen basically told him to mind his own business.

Later, it became clear Yasmeen was planning her escape as she had a suitcase locked away in a cupboard.

Geoff is going to be non-too-pleased when he discovers he is losing his grip, but can Yasmeen make it out?

Fans have been desperate for her to break free of his control for months, but so far she has failed to see her husband’s true colours.

However, she soon realised who he really was when she discovered emails from an escort agency on his computer.

She also discovered he’d been lying about having booked a fancy hotel in Spain for them to attend Zeedan’s wedding.