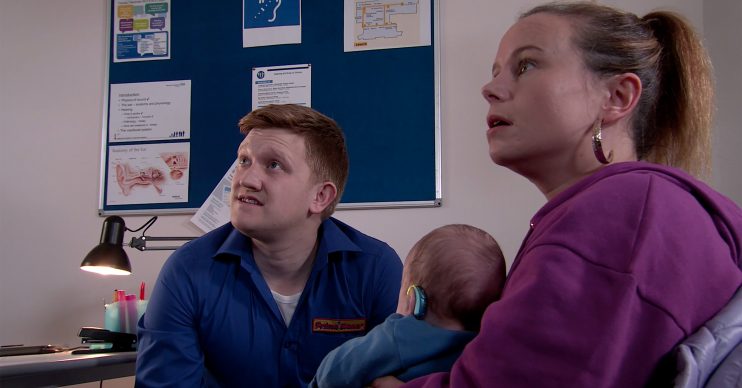 The actors are off work due to the current pandemic

Coronation Street and Emmerdale actors will be getting paid for three months, despite not filming due to the coronavirus pandemic.

Cast members of the soaps have finally settled a deal with the show bosses, it seems.

How much do soap stars earn?

Coronation Street spokeswoman reportedly said: “Coronation Street and Emmerdale have reached an agreement with Equity to provide financial security for regular cast members for the next three months.

“The specific details of this agreement will remain private as this is a contractual matter.”

A source added: “This is a very fair and consistent deal which treats everyone equally, and is in recognition of the fact we’ll need to hit the ground running once filming safely re-commences.”

Another insider reportedly said: “The stars have been told that they will be looked after and their contracts will be honoured no matter how many episodes they do or do not appear in during the shutdown.

“Obviously if someone has an agreement to appear in 100 episodes but they only get to act in 50 during because of the break, this would have a massive impact on their earning power. So the cast members are relieved that ITV will honour their payments.”

Head of recorded media at Equity, John Barclay, said: “By securing financial protection for artists now, we go some way forward towards safeguarding a vibrant future for the industry when the crisis is behind us and production can resume.”

What are Coronation Street, Emmerdale and EastEnders’ current schedules?

EastEnders will only air Mondays at 8pm and Tuesdays at 7.30pm.

What storylines are coming up in Coronation Street and Emmerdale?

Although episodes have been cut, viewers are still able to enjoy three episodes a week.

In next week’s Corrie, Asha is shocked when she finds out naked pictures of her have been sent around.

Read More: Coronation Street’s Andy Whyment is enjoying fun in the sun with his family

Meanwhile Johnny receives an unwelcome guest at The Rovers.

In next week’s Emmerdale, Lydia and Sam have their hen and stag dos before the big day.

Meanwhile Mandy gets an unexpected visitor from her past.

Have you been keeping up with the soaps?

How is your work during lockdown? Leave us a comment on our Facebook page @EntertainmentDailyFix and let us know what you think!