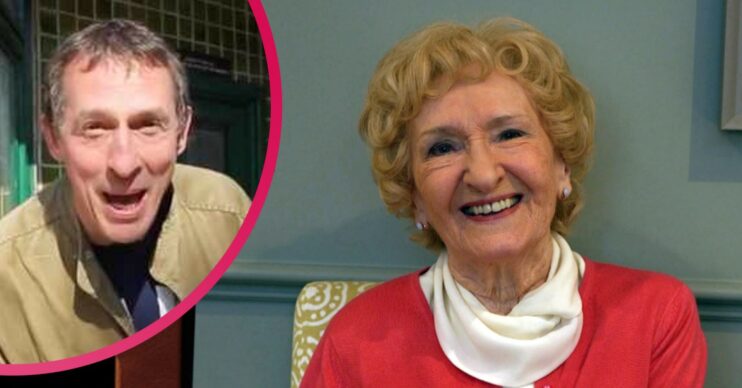 Fans are terrified Spider will bring bad news about Emily

Coronation Street fans are fearing for Emily Bishop after her nephew Spider was announced to be returning.

Eco warrior Spider will make his on-screen comeback in July after 19 years away from the cobbles.

But while Corrie bosses have teased his reunion with ex Toyah Battersby, fans think his return means he will bring devastating news about his aunt.

Emily hasn’t been seen in person since 2016 when she decided to move to Peru to help Spider with his charity work.

And it was revealed in 2018 that she had returned to the UK but was living in Scotland with niece Freda.

Since then Freda has made appearances on the cobbles but Emily has not.

However she did make a brief appearance via video call in October 2019 for Ken Barlow’s 80th birthday celebrations.

And the news that Spider is due to make a return has fans worried about Emily’s fate.

They are terrified she will be killed off this summer.

One said: “Wonder if Emily will be killed off?”

A second Coronation Street fan said: “That’s what first entered my head, can envisage, Ken announcing Emily is coming home, so they organise a party at the Rovers, only for Spider to turn up and say Aunty Emily died earlier on today or something.”

A third said: “On this occasion though, I think it’s likely to give Emily a proper send off.”

Actor Martin Hancock will return as Spider for the first time in 19 years.

On returning to the show Martin said: “Having the opportunity to walk back onto the cobbles is fabulous.

“I’ve always wanted to come back at some point and it just felt like this is the right time.

“I’m eternally grateful to Iain for the opportunity.”