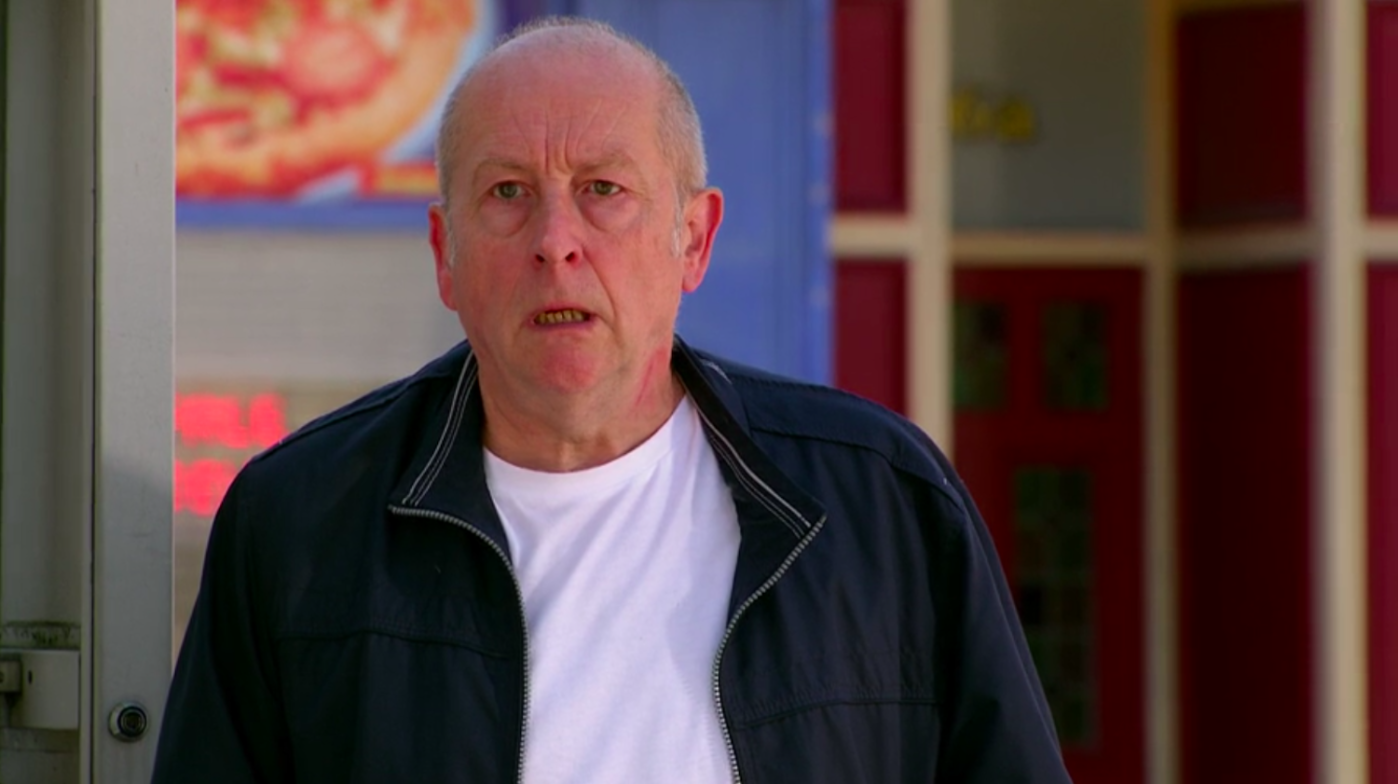 Corrie abuser made a chilling threat to Jenny Connor

Coronation Street has dropped a clue hinting Geoff Metcalfe will turn into a killer.

Evil Geoff exerted coercive control over his wife Yasmeen until she snapped and stabbed him with a wine bottle.

She is in prison awaiting trial but the stress of the situation saw her suffer a heart attack.

And being in prison has enabled her to get away from Geoff’s control – and break free.

However the publicity of a trial has exposed Geoff to the wider world and his ex-wife Elaine arrived on the cobbles last month determined to help save Yasmeen.

And in last night’s episode (Friday, July 31) Geoff finally caught sight of the wife he terrified into leaving her baby to escape.

He saw her walking down the cobbles before disappearing.

Panicked, Geoff rushed into the Rovers to try and find out where she had gone but only found landlady Jenny Connor.

A rattled Geoff tried to cover his panic by making conversation with Jenny but it soon became clear he thought she was hiding his ex.

Forceful Jenny pushed back and insisted she had no B&B guests staying.

She battled away Geoff’s creepy comments before he issued what fans think is a chilling threat.

He said to a clearly rattled Jenny: “I’m going to hug the life out of you when these restrictions are lifted.”

Viewers think it is a clue about how far Geoff will go in his evil storyline.

“Geoff’s promise to hug the life out of Jenny, is that a sign of things to come?” said one horrified viewer.

A second said: “Honestly that scene with Geoff and Jenny was actually chilling”

Another said: “WAS THAT A THREAT TO JENNY? Geoff is vile”

Actress Paula, who plays Elaine, has told how viewers haven’t seen how bad Geoff can get yet.

Speaking to Entertainment Daily and other media at a virtual press event, Paula hinted he is even worse.

She said: “I think what I basically learnt was that she had been married to Geoff, she was Tim’s mother and she had been shut out from their lives by Geoff for nearly 50 years.

“So she hadn’t seen Tim since he was a baby.

“But she was absolutely devoted to her baby, there’s no doubt about that.

“But Geoff became so so scary. I think maybe, we haven’t seen how scary he can be up to now.”

How far do you think Geoff will go before justice is served? Leave us a comment on our Facebook page @EntertainmentDailyFix and let us know what you think!