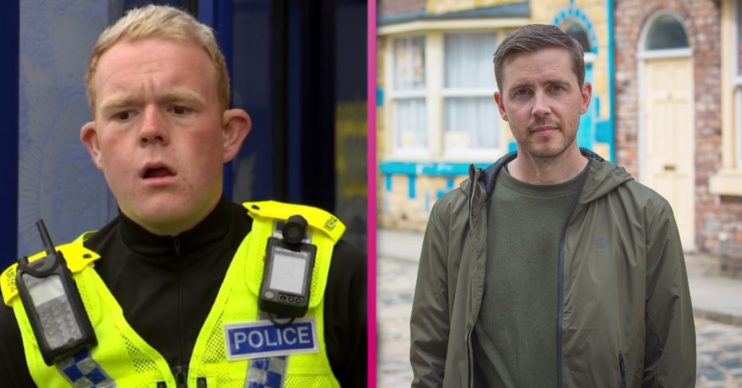 Coronation Street: Does Craig Tinker know where Todd Grimshaw is?

Coronation Street recently saw Craig Tinker tell Billy and Sean that Todd is free to get in contact with his family. But does he know more than he’s letting on?

Last week, Sean and Mary were shocked to see Eileen had a letter from Todd.

In the letter, Todd demanded cash. But when Sean, Mary and Billy planted fake cash, they realised it wasn’t Todd who sent the letter.

A young woman found Todd’s belongings by the canal and wrote the letter to get some money.

Worried about their friend, Billy and Sean decided to go to the police station to report him missing.

When they ran into neighbour and police officer Craig, it became clear that he was possibly hiding something.

This left viewers suspicious of Craig.

Craig is hiding something #Corrie

Coronation Street: Does Craig Tinker know where Todd Grimshaw is?

Later, Craig confessed to Billy and Sean that he went through Todd’s file.

He revealed that they found Todd a while back and he was interviewed and released.

Read More: Brooke Vincent reveals she has no plans to return to Coronation Street ‘just yet’

The police are no longer looking for him and he is free to contact who he wants.

So where has he gone? As Craig has seen his file, could he have an address for Todd and know where he is?

In Friday night’s episode (August 28), Sean looks through a missing persons database. But when he discovers a man’s body was found in the canal, he’s emotional.

It hasn’t yet been revealed who the body belongs to, however it seems Todd is alive as the soap recently announced his recast.

Actor Gareth Pierce will be replacing Bruno Langley, who played Todd on and off from 2001 until 2017.

But what brings Todd back? And has he got himself into trouble?