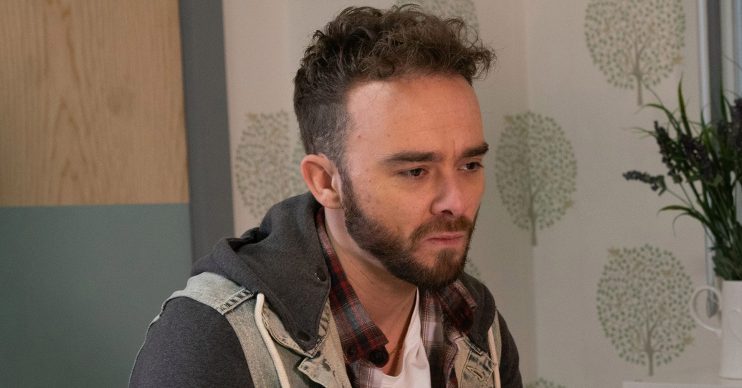 David is on another course of destruction

The hairdresser was seen this week picking a fight with a gang of thugs before narrowly escaping back to the cobbles.

And on Friday night, he was seen picking another fight with a stranger on his way to the tram stop and it seems like David has a death wish.

Judging by his reaction to the excitement of pursuing trouble, it looks like David is on for months of this new behaviour.

In Friday night’s episode David barged into a much bigger man who soon backed down when he looked into David’s eyes but the scene has given a taste of the darkness ahead for David.

He has been struggling since his wife Shona lost her memory and asked for a divorce but this new deadly David is his new way of coping.

It comes as actor Jack P. Shepherd celebrated being on the cobbles for 20 years this week.

Jack also included David’s tougher moments which included being kidnapped by Richard Hillman, saying goodbye to wife Kylie, who was murdered and the shower scene when David broke down after being raped by Josh Tucker.

“Here’s a few photos of my life before I got the part and a few highlights of my character. Thank you @coronationstreet for everything.”

His friends and co-stars were in a rush to congratulate Jack on his achievement.

Our Girl star Michelle Keegan said: “Congratulations Jacky boy! Amazing achievement, I hope that Tina tattoo is still imprinted on your arm. Here’s to the next 20 years.”