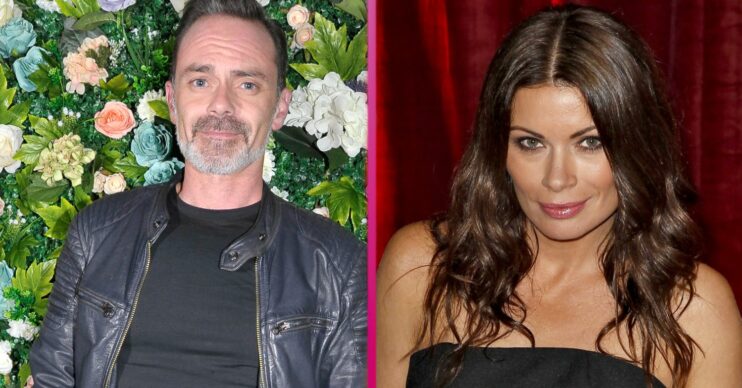 Coronation Street star Daniel Brocklebank has left fans thrilled after sharing photos from his day out with his co-star Alison King.

Daniel, who plays Billy Mayhew on the ITV soap, shared a picture of himself and Alison, who plays Carla Connor.

The two appear to be sat by a lake.

He captioned the post: “More from our day. Wearing my lovely cap that my dear pal @charlie_king85 sent me.”

Their co-star Georgia Taylor, who plays Toyah Battersby, commented: “All the good genes right there. You two are [heart-eyed emojis].”

One fan wrote: “Here they are! The legends that are Billy and Carla.”

A second fan commented: “I love this pic!”

Another wrote: “I love this… so much.”

Daniel shared another picture with Alison and the two seemed to be out on a boat.

He captioned this post: “Fresh air with a beautiful friend and lots of laughter. Today was a good day.”

Daniel often shares photos from days out with his soap co-stars.

Recently he shared a photo from a camping trip with Julia Goulding, Tony Maudsley, Gareth Pierce and Sue Cleaver.

Over the last few months, Daniel’s alter ego has been through a lot.

Shortly after finding out his goddaughter Summer, who live with him, has Type-A diabetes, he found out his fiancé Todd had been lying to him.

He discovered Todd had split up Billy and his ex-boyfriend Paul on purpose.

After finding out the truth, he broke up with Todd and Todd moved out.