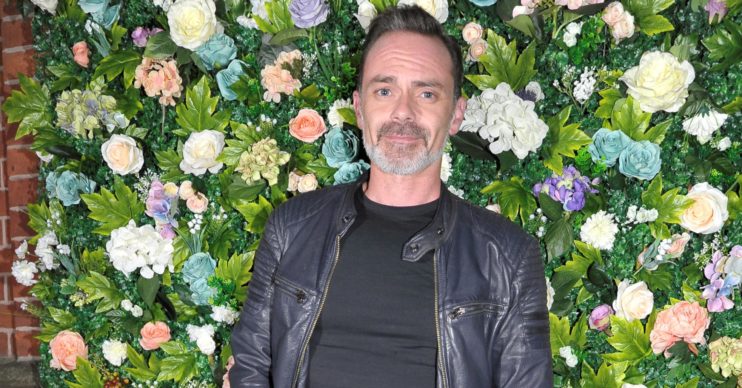 Coronation Street star Daniel Brocklebank has admitted he got emotional as he reunited with his work colleagues.

The actor, who plays Billy Mayhew, posted a picture to his Instagram account alongside Alison King who plays Carla Connor, and an ITV staff member.

First time I’ve been able to pop into work & the first time I’ve seen these beautiful faces in months!!! I’m not going to lie, I may have shed a joyful tear or two. @coronationstreet

“I’m not going to lie, I may have shed a joyful tear or two @coronationstreet.”

Charlie De Melo, who plays Imran Habeeb wrote: “It was a joy seeing you darlin’. All too briefly but beers next week (at a distance) for sure.”

Colson Smith, who plays Craig Tinker, commented: “What an incredible place to work.”

I’m not going to lie, I may have shed a joyful tear or two.

However it has been revealed the break has caused some changes to upcoming events and storylines.

At the end of 2020, the show will be celebrating its 60th anniversary. However the ‘Hollywood stunt’ which was going to be part of the soap’s milestone, had to be scrapped.

Corrie boss Iain MacLeod revealed it was because they didn’t have time to build and install what they originally planned.

But despite having to adhere to social distancing rules, Iain explained that they are still able to do stunts and they’re currently working on their first post-pandemic car stunt.

As well as new episodes, it was also revealed there will be two new Coronation Street series’: Memorable Moments and Icons.

These series’ will run over the summer alongside new episodes of the soap.

Are you looking forward to the Coronation Street series’? Leave us a comment on our Facebook page @EntertainmentDailyFix and let us know what you think of this story.