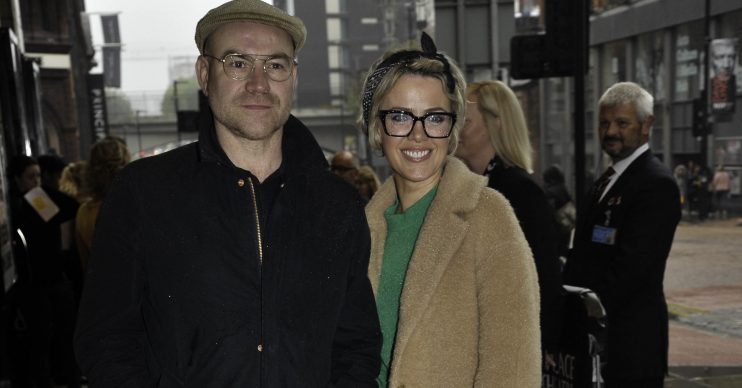 The pair are engaged in real life

Coronation Street couple Joe Duttine and Sally Carman left fans stunned as they glammed up for a date-night selfie, with Joe debutting a very bushy beard!

Not letting lockdown life curb their enthusiasm for dressing up, Sally shared a picture of them together as they prepared to enjoy the evening.

“Date night with this handsome devil,” she captioned the shot.

Date night with this handsome devil 💛

Like many men during the time of isolation, Joe, who usually sports stubble, has grown a full-on beard.

But Sally has refrained from dying her hair like so many of her Corrie colleagues, including Sue Cleaver who debuted her new pink ‘do on Lorraine today.

Fans loved the shot, with many simply declaring the couple: “Stunning” and “beautiful”.

“I don’t know which of the two of you I fancy the most,” joked one.

Another added: “You both look fab, Sally, your hair is amazing.”

A third wrote: “What a great looking couple.”

“My favourite picture of you two,” said a third.

Sally’s definitely been keeping it glam during lockdown. Last month she shared a shot of her looking stunning as she caught up with friends virtually.

Lockdown life has also brought very happy news for Sally and Joe who got engaged at the start of it in March.

Joe popped the question  and later announced the news on Twitter on Friday, March 27.

She said yes everyone, convid 19 can fuck off… pic.twitter.com/FDNCk6xMuE

The Tim Metcalfe actor posted a picture showing them toasting the engagement, in which Sally’s sparkler is clearly visible, and wrote: “She said yes everyone, covid 19 can [bleep] off… “Convid, covid, whuteva.(sic)”

Joe, 49, and Sally, 38, who stars as Abi Franklin, were first spotted together in 2018 and moved in together last November.

Meanwhile, Sally recently explained she is glad her Corrie character doesn’t speak to Joe’s alter ego much on the show because he “twinkles on set” and she isn’t sure she could get through the scenes.