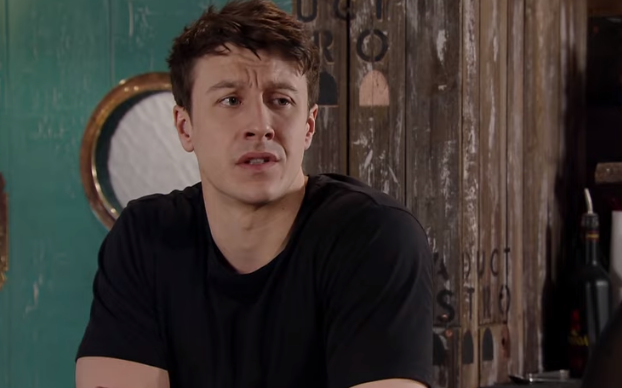 He's back filming as Ryan Connor

After worrying rumours yesterday, Coronation Street has been forced to reassure fans that Ryan Prescott has NOT left the ITV soap.

ITV viewers were worried the actor had quit his role as Ryan Connor, after he shared several images of himself which appeared to be on the set of a film in America.

The actor sparked fears he’d left the cobbles of Weatherfield for the sunshine of California, when he shared several images of what appeared to be a new movie he was filming in Big Bear Lake.

Sharing a photo with his 14,900 Instagram followers, Ryan wrote: “Ready for the hunt.”

Alongside another picture, in which he’s wearing blue and white face paint, Ryan said: “Big bear shoot with the boys… @hermangambhir @calebauston @directordlg.”

The images showed Ryan in warrior-style gear, surrounded by forest.

However, a Corrie spokesperson has clarified the situation, insisting Ryan was on holiday when the snaps were taken.

Speaking to DigitalSpy.com, they said that Ryan was on holiday when these pictures were taken, and added that he has already returned to filming after his break.

At the time Ryan shared the photos, one worried supporter wrote: “Ryan. You’re not leaving Corrie are you?”

While Ryan isn’t going anywhere anytime soon, his on-screen mum will be leaving the Street soon, after Kym Marsh announced she had quit the soap.

Kym, who plays Michelle, is leaving any day now after more than a decade in Weatherfield.

“We will be really sad to lose her when she goes but totally understand that, after dedicating herself to the show for so long, she now fancies trying something else.”

Are you glad Ryan hasn’t left Corrie? Leave us a comment on our Facebook page @EntertainmentDailyFix and let us know what you think!