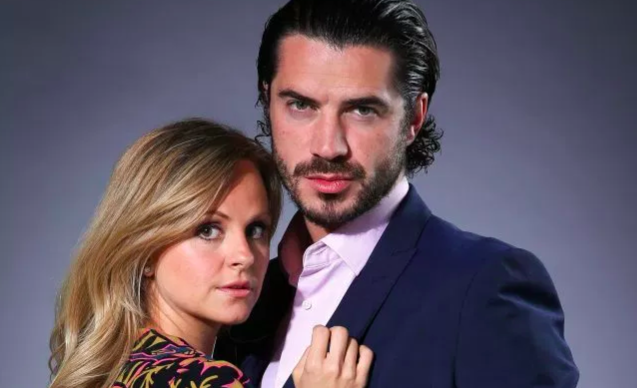 There's a hot new couple coming to the cobbles

Coronation Street has confirmed a new romance for the cobbles.

As was hinted before he left to go travelling, Adam Barlow’s crush on Sarah Platt is going to develop into a fully fledged fling when he returns.

The lawyer and the office manager are going to find themselves thrown together now Sarah has ended her relationship with builder-cum-loan-shark Gary Windass.

Confirming the romance, actress Tina O’Brien revealed to the Metro: “Adam brings out a side of her personality that has been buried for a while.

“Sarah is definitely more cheeky and so much more flirty with Adam. It’s like she is young again and she is having that experience of feeling wanted.”

And she teased there will be a huge fallout for Gary when he realises his ex has moved on and upgraded to hunky Adam.

Tina added: “I love the dynamic between Gary and Adam. There’s great friction and Sarah is in the middle of it all. Although she doesn’t want to be with Gary she still cares about him and doesn’t want to see him hurt.”

Speaking further, Tina said Adam is “paying [Sarah] attention and saying nice things” and she can’t deny that makes her character happy, even if it annoys Gary.

The new couple were recently pictured in a very public display of affection during location filming away from the cobbles.

They had a brief flirtation earlier this year before Adam left, when he tried to kiss her but was knocked back because she was loyal to Gary.

But with Gary putting her children at risk from the man who caused her step-dad’s death, Rick Neelan, Gary was swiftly given his marching orders.

And with Adam back in Weatherfield soon, romance will blossom – until Gary finds out anyway.

Could he spell the end for Adam and Sarah?