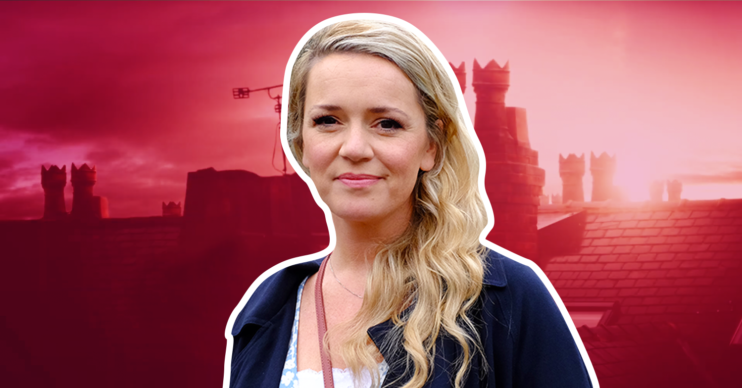 Rachel left the soap 10 years ago

Coronation Street has confirmed Rachel Leskovac will be returning to the show as Nick Tilsley’s ex-girlfriend Natasha Blakeman.

Currently Nick and his current girlfriend Leanne are going through a difficult time as her son has been diagnosed with mitochondrial disease.

But a chance encounter at the hospital with Natasha will put extra strain on Nick and Leanne’s already fragile relationship.

Nick and Leanne are struggling with Oliver’s diagnosis and Nick is finding it hard to know how to help Leanne.

As the stepdad, Nick will begin to feel increasingly sidelined as Leanne and Oliver’s dad, Steve, are forced to make difficult decisions about their son’s treatment.

In early autumn, at the hospital Nick is surprised to run into Natasha. The pair catch up on the news of the past decade but Nick is reluctant to tell Leanne about their chance meeting.

Will Natasha’s return cause trouble for the couple?

Speaking about her Corrie return, Rachel said: “I am very excited and proud to be welcomed back to Coronation Street, especially as so many old friends are still there. It’s always great to be able to return to a character to explore a whole new path for them.”

What happened between Nick and Natasha?

Back in 2010, Nick sparked up a relationship with Natasha, who worked in Audrey’s salon as a hairdresser.

He later broke up with her and even when she discovered she was pregnant with his child, he refused to take her back. As a result, she terminated her pregnancy.

But eventually Nick came around to the idea of being a father and asked her to take him back, which she did. But she kept the news of her abortion a secret until Gail found out and told a devastated Nick.

He then left Natasha again. Broken-hearted, she took an overdose but was found by her ex. Not long after she left Weatherfield in the back of a cab.

But what has she been up to these last 10 years?