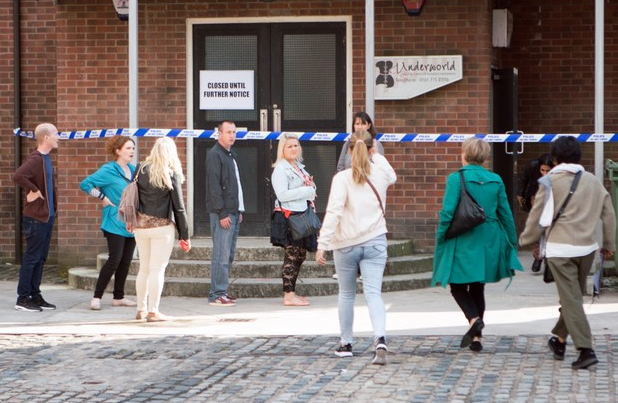 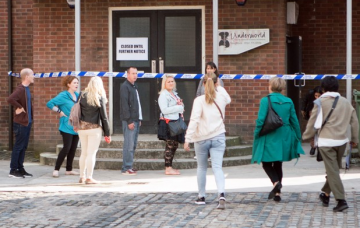 Who will be shot?

Just weeks after Michelle Connor was shot by Pat Phelan in the Bistro, another gun horror is coming to Coronation Street.

Peter Barlow will stare down the barrel of one after becoming embroiled in son Simon’s troubles, as new pictures released on ITV’s official Coronation Street site show.

Simon is due to testify against former friend and gang member Tyler in a trial over the robbery of and attack on Flora, at Daniel and Adam’s flat.

Tyler has already shown his threatening side, poisoning Ken’s poor dog Eccles, as a warning to Simon.

And he’s still trying to put the frighteners on the lad, when he returns from a trip to Cornwall with his grandfather, Ken.

The teen is perplexed to receive a mysterious ‘welcome home’ message, with sinister undertones.

Later, two masked youths jump out at Simon and try to drag him away, but Kate Connor rescues him.

It’s then that attention turns to Peter Barlow. As he and Carla are outside their factory, a shooter from a moving car passes.

Peter is in the firing line… but will they pull the trigger?

This could be terrible timing for him and Carla, or perfect. The former couple recently shared a kiss and, while they have both agreed that they should leave romance in the past, it’s obvious that neither of them really think that.

This could be the thing to bring them to their senses… if it’s not too late!

Do you want Carla and Peter back together? Let us know what you think by leaving us a comment on our Facebook page @EntertainmentDailyFix!