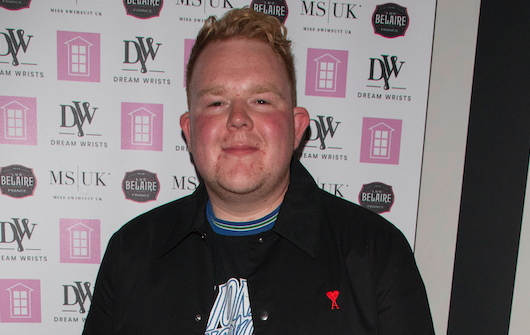 The actor, 21, is currently taking part in this year’s Sport Relief and the training has clearly helped him tone up and trim down.

Well done on the weight loss and all my very best wishes.

Cast members from BBC, ITV, C4 and Sky are all taking to the water to compete for their channel – and Colson is among those flying the flag for ITV.

Let’s hope he doesn’t fall in, because he can’t swim!

Sharing an update on his training with his 124,000 Instagram followers, Colson shared his excitement at taking part and encouraged others to get involved with the fundraising.

He said: “The @sportrelief brew has being doing the rounds this week. I’m ready to play my part in the ITV team for the Sport Relief boat race and you can play your part too.

“Get your kit and come together to support such an important cause! #sportrelief2020.”

The @sportrelief brew has being doing the rounds this week. I’m ready to play my part in the ITV team for the Sport Relief boat race and you can play your part too. Get your kit and come together to support such an important cause! #sportrelief2020

Noticing his much smaller frame, one fan remarked: “Well done on the weight loss and all my very best wishes.”

Several years ago, the actor admitted he’d lost nearly four stone after attempts to get fitter and healthier.

More recently, he admits he lost another stone and a half after getting food poisoning in Thailand.

In an interview with What’s On TV about his efforts for Sport Relief, Colson said: “Rowing is a way of keeping fit I’ve never thought of – it might be my new hobby!”

He also teased that his character would have a fitness-related storyline, too, adding: “Fitness is something possibly plot-related that’s going to become more apparent this year on Coronation Street for reasons I can’t say!”

What we DO know is that Craig will soon have a health scare, when he struggles with breathlessness while running after a thief.