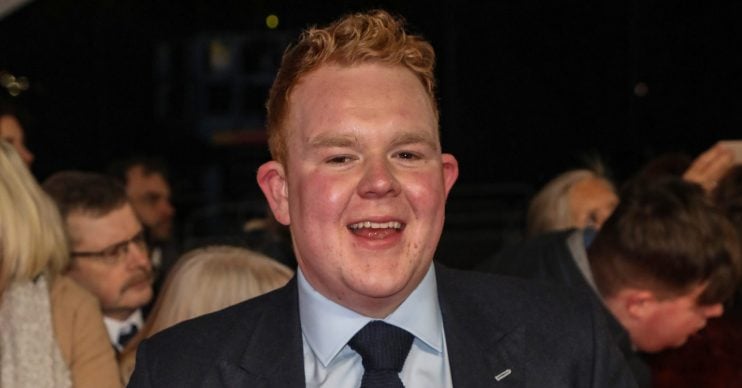 Colson's character Craig is also determined to lose some weight

The actor posted a picture of himself looking very smart in front of the lit up TRIC sign.

One commented: “You look ace!”

A third said: “You are looking amazing.”

The 21-year-old actor is currently taking part in this year’s Sport Relief and the training has clearly helped him tone up and trim down.

Fans will be able to find out whether they beat teams from the BBC, Channel 4 and Sky on Friday.

Several years ago the actor admitted he’d lost nearly four stone after attempts to get fitter and healthier.

Currently Colson’s alter ego Craig is also determined to lose some weight after he revealed to his stepdad Kirk that he was being teased for his weight at work.

The police officer has been going on runs to try to get into shape.

Have you been watching Corrie recently?