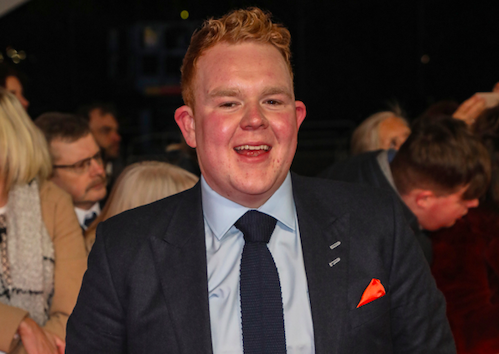 He's gone on to lose even more, too!

Colson Smith, who plays lovable policeman Craig Tinker in Coronation Street – has revealed the unhealthy way he lost one and a half stone.

The Dorset-born actor, 21, has impressed his fans recently by showing off his weight loss.

And it’s largely down to his fitness regime.

I’ve lost about a stone and a half. In seven days I’ve had one banana and three slices of toast.

However, the soap star revealed last year that he unexpectedly lost more than a stone and a half on holiday after getting sick.

Speaking on his podcast Sofa Cinema Club – which he hosts with co-stars Jack P Shepherd and Ben Price – he revealed he got food poisoning while enjoying a sunny break in Thailand.

He explained how he had ignored the advice of his work colleagues Jack and Ben by eating seafood.

He said: “I was in Ko Lanta. I was sat on the beach and the waiter came over and was like, ‘What would you like?’ And I said, ‘I’ll have the prawns to start please’.

“I had avoided seafood [on Ben’s advice] but I was sat on the beach and I was like, ‘How can you not have seafood on the beach?’

He continued: “Well, anyway. I’m not doing that again. I’ve lost about a stone and a half. In seven days I’ve had one banana and three slices of toast. I’m on the mend now.”

Since then, Colson has continued to lose weight however, after starting a fitness regime to shed pounds.

Several years ago, the actor admitted he’d lost nearly four stone after attempts to get fitter and healthier.

The actor is currently taking part in this year’s Sport Relief and the training has clearly helped him tone up and trim down.

The @sportrelief brew has being doing the rounds this week. I’m ready to play my part in the ITV team for the Sport Relief boat race and you can play your part too. Get your kit and come together to support such an important cause! #sportrelief2020

Cast members from BBC, ITV, C4 and Sky have all taken to the water to compete for their channel – and Colson is among those flying the flag for ITV. The winners will be revealed on Friday (March 13).

After posting pictures in his training gear on Instagram, fans were quick to notice his much smaller frame.

One fan remarked: “Well done on the weight loss and all my very best wishes.”

In an interview with What’s On TV about his efforts for Sport Relief, Colson said: “Rowing is a way of keeping fit I’ve never thought of – it might be my new hobby!”

He also teased that his character would have a fitness-related storyline, too, adding: “Fitness is something possibly plot-related that’s going to become more apparent this year on Coronation Street for reasons I can’t say!”

Will you be tuning into Sport Relief? Leave us a comment on our Facebook page @EntertainmentDailyFix and let us know what you think!