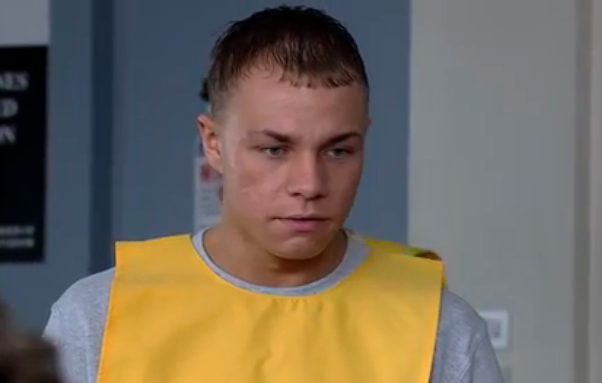 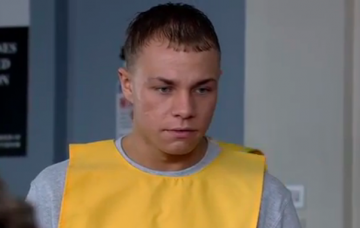 Kylie Platt's murderer could be returning to the cobbles at Christmas

Coronation Street fans think they have spotted Clayton Hibbs back on the cobbles.

The killer of Kylie Platt was sent to prison for his crime two years ago but he has been mentioned with increasing frequency recently.

In last night’s episode Nick Tilsley took Shona Ramsey to task over her killer son after he caught her speaking to him on the phone in prison.

He told her: “Tell me this when your sicko son does get out, what happens then?

“Does he bunk up here or does David see you for what you really are, a money-grabbing sponger?”

Nick added: “I take my hat off to you, anyone who can con their way into someone else’s bed knowing their own son murdered his wife…”

But with Nick and Shona clashing, fans think they are going to have an affair, though everything could be derailed if Clayton were to reappear.

And now the ITV soap has shared a spoiler picture from filming that appears to show him back.

A picture shows Shona stood between the man fans think is Clayton and David in the Platt’s living room.

One fan commented: “I could have sworn I saw Clayton in one of those pics?”

Another asked who the man was with a third answering “Clayton.”

If Clayton were to make a shock reappearance on the cobbles, things wouldn’t look good for his mum Shona or her boyfriend David.

David was driven mad with rage after Kylie was brutally stabbed to death and he tried to murder Clayton in revenge.

But with him finally finding happiness with Shona, his life could be thrown apart once more.

Actor Jack P. Shepherd recently signed a new deal worth a reported £250,000 to stick around on the cobbles so the drama with Clayton would make it worth it.

Do you want Clayton back on the cobbles? Let us know what you think by leaving us a comment on our Facebook page @EntertainmentDailyFix!