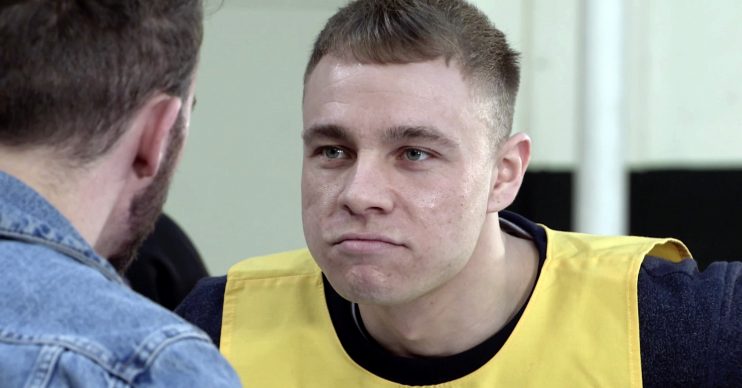 Coronation Street viewers want Kylie Platt’s killer, Clayton Hibbs, to be a regular on the soap after he returned once again.

It was recently confirmed Clayton actor Callum Harrison would be coming back for this third stint on the show as Clayton’s mum Shona suffers with memory loss.

Unable to remember all the bad things Clayton did, or her life with husband David Platt, the only person she’s in contact with his her criminal son.

But despite Clayton’s horrible history, viewers want him to stick around on the cobbles for a while and become a regular on the show.

In a clip posted to Coronation Street’s Twitter account for tonight’s episode (Monday, March 23) it shows David going to visit Clayton in prison.

TONIGHT AT 7.30 & 8.30PM – David visits Clayton in prison and implores him to leave Shona alone. But will he agree?#Corrie #David #Shona #Clayton pic.twitter.com/RhqakJAbPR

David tells Clayton to keep away from Shona, but Clayton loves seeing David miserable and makes it clear he’ll be staying in contact with his mum.

Although fans of the show know exactly what Clayton is like, they want him to be a regular.

One tweeted: “If Tracy Barlow, the murderer, can be a regular on the street then why can’t Clayton?”

Another tweeted an excited gif which said: “Yes!”

A third fan also appeared excited for the character’s return and begged for it to be permanent.

His return scene hasn’t even aired yet and already I love him as per usual 😂😂😂 @itvcorrie #Corrie @CallumHarrison0 #Clayton PLEASE be permanent! 🤞🏼 pic.twitter.com/77ZwGHbktY

Viewers know Clayton, David and Shona all have a complicated history.

What did Clayton do?

David started a relationship with Shona before she knew who she was.

When David found out the truth he tried to cut ties with her.

However the pair decided to make things work.

Last year, Shona went to visit Clayton when she found out his dad had died. But at the funeral, where Clayton was let out on day release, he escaped.

He later took Shona hostage and she was forced to stab her son to get free. Shona then disowned him.

Shona was shot on Christmas Day and she went into a coma.

When she woke up, the only person she could remember was Clayton.

With Shona refusing to see David, it means Clayton has been able to fill her head with all sorts of misinformation.

Will she ever remember David and her life with him?

Would you like to see Clayton return? Leave us a comment on ourFacebook page @EntertainmentDailyFix  and let us know what you think!