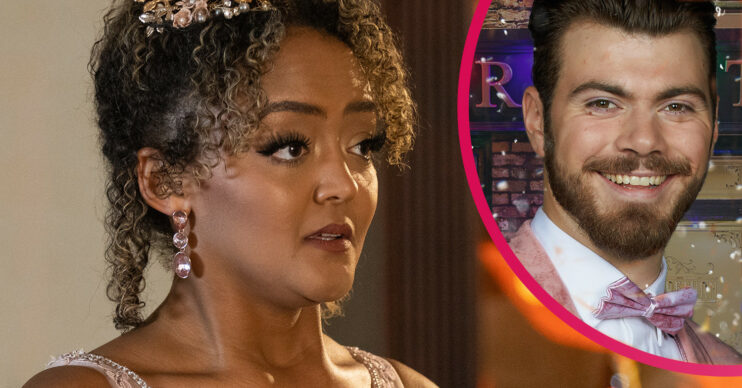 Emma Brooker is getting ready to marry her boyfriend, Curtis Delamere in Coronation Street Christmas spoilers.

But it’s a miracle that the wedding is still on.

In the lead-up to Christmas, Emma discovers that Curtis has been spinning her a whole lot of lies… for months!

The biggest shocker is that wannabe-doctor Curtis is not dying from a heart condition.

But incredibly, Curtis has managed to win over Emma after explaining how he first started telling lies years ago when his parents were divorcing.

He enjoyed the sudden attention and carried on lying after that, including pretending that his dad was dead.

Read more: Curtis gets a shock when his dad Neville arrives in Weatherfield

As Emma gets ready for her Big Day, her dad Steve McDonald is wondering what has happened to the money that was raised for charity in memory of Steve and Leanne Battersby’s late son, Oliver.

Steve previously gave Curtis his bank card details and asked him to transfer the money into Oliver’s charity account.

However, alarm bells start to ring when Steve discovers the charity has not received the money.

Curtis wouldn’t stoop so low as to steal from a child’s charity fund? Or would he?

Will Emma get jilted by Curtis?

Emma wants to still have faith in Curtis despite all the lies he has told.

But will Emma’s wedding day end in nothing but heartbreak?

Read more: Who is Coronation Street star Alexandra Mardell engaged to in real-life?