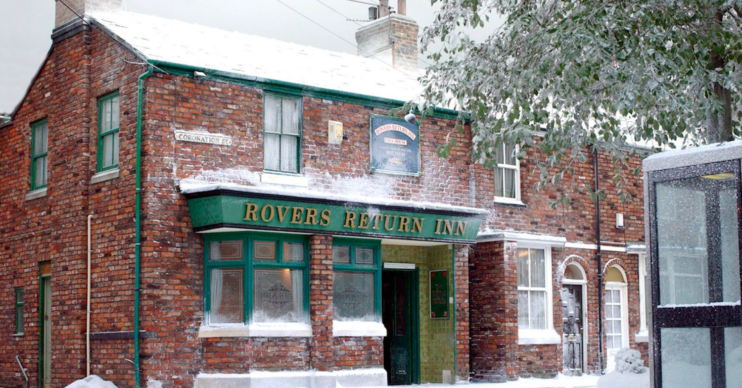 Coronation Street star Jack P Shepherd has shown off the cobbles in its full Christmas finery.

The David Platt star filmed a brief tour of the Christmas lights that have been set up for filming.

The Kabin has been decorated with lights and a santa, while the cobbles itself has been lit with festive lighting.

Although not seen properly the Rovers looks to have been decked out fully too.

There were concerns the soap wouldn’t be able to film Christmas in the normal fashion.

Instead bosses drew up plans to film self-contained episodes in a bubble to ensure the nation would still have Corrie at Christmas.

Corrie boss Iain Macloud said: “The bubble is still there as a contingency. I don’t want to jinx things but at the moment we are on course to hit the 60th and Christmas – it will therefore be narrative.

“Assuming everything remains as it is, big story peaks and arcs rather than a standalone.

“We are very agile as a genre, we can change tack extremely quickly so if it got to the point where we can’t film Christmas, we would change course and shoot a standalone episode.

“But at the moment, fingers crossed, we shouldn’t need to.”

Iain also revealed how there will be a big set piece at Christmas after the pandemic forced them to move it.

“It’s been mostly changing things around to simplify things,” he said.

“There was a high profile week planned with a location shoot and that ended up in the bin.

“The story remained we just had to refigure and retained the big set piece – it’s going to happen later in the year around Christmas.

“That was our only big casualty – you can work out most things.”

He added:”Kissing, punch ups, affairs are challenging but there are many verbal ways we can get around things like fighting.

“There are many ways to imply liaisons without showing anything. We are just using old techniques because of the fact we can’t have physical intimacy.”