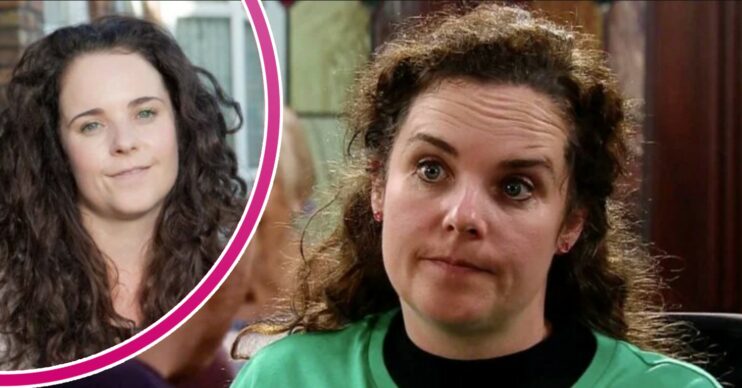 Coronation Street: Cherylee Houston reveals she WILL return – after disappearing from Weatherfield

The character has only made one appearance in the last year

Coronation Street star Cherylee Houston has confirmed she will be returning to the soap.

The actress plays Izzy Armstrong in the ITV soap – but she has rarely been seen over the last few years.

Records show she has made just a handful of appearances since the pandemic began.

It forced her to shield at home for the entire COVID-19 pandemic.

Bosses have worked with Cherylee to make it safe for her to make some appearances in the soap – but those have been few and far between.

Her last appearance was via video call in February this year.

The long absence has led to fans calling for Cherylee to return to the soap.

Coronation Street: Where is Izzy Armstrong?

One fan asked on DS Forums: “I know that the actress was shielding throughout the pandemic, but she has only made one appearance so far this year via video link back in February.

“None of the characters even mention Izzy now. Is Houston returning to the show?”

A second tweeted: “I’m still worried about Izzy is she still working from home #Corrie.”

A third said: “Maybe with her condition she still doesn’t feel safe.

“Just because Covid isn’t mentioned every night, and restrictions have gone, Covid is still out there.”

Another asked: “Anyone asked where Izzy is? Has she been murdered by that traffic warden bloke? #corrie.”

And now the star has confirmed that she will be returning.

Speaking to the Mirror, Cherylee confirmed her plans to return, adding: “It would be wonderful to come back with a bit of a bang.

“Although I might actually come back with a small fizzle while I get better!”