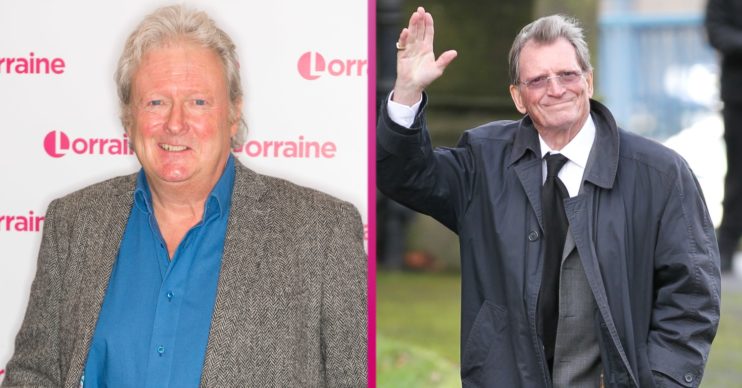 Charlie said it was 'very disappointing'

On Monday night (March 29) ITV aired Johnny Briggs: Coronation Street Legend as a tribute to the actor, who died last month after a long illness.

The documentary was 30 minutes long and aired between the two episodes of the ITV soap Corrie.

The special featured interviews with Johnny’s Corrie co-stars and took viewers on a trip down memory lane, remembering some of his most iconic storylines.

However Charlie was seemingly not a fan of the programme and voiced his thoughts on Twitter.

Half a bloody hour and no mention of his movie career , apart from some half assed crap about Carry On movies. Very disappointing.

He wrote: “Half a bloody hour and no mention of his movie career, apart from some half-assed crap about Carry in movies. Very disappointing.”

Johnny Briggs played Mike Baldwin on Coronation Street from 1976 until 2006.

Over the years Mike had a string of lovers. But one of his most famous storylines was between 1982 and 1983 when he had an affair with Deirdre Barlow.

Mike, who has Alzheimer’s, also had pneumonia and escaped from hospital. Back on the street Ken found him outside of the factory and tried to help him. But Mike had a heart attack and died in his arms.

Before joining Coronation Street, Johnny was in the TV series No Hiding Places from 1962 until 1966.

He went on to play Kerr in Freewheelers in 1969.

Johnny also played Tippy The Tipster in Bright’s Boffins from 1971 until 1972.

Read more: Katie McGlynn in The Syndicate: Does the ex Coronation Street star have a boyfriend?

Johnny went on to play Clifford Leyton in Crossroads: King Oaks from 1972 until 1974.

He also appeared in many films during his career including The Devil-Ship Pirates, Light Up The Sky, Some Girls Do and Carry On Up the Khyber.

His last TV acting role was in 2009, when Johnny played John Cotham in an episode of Doctors.